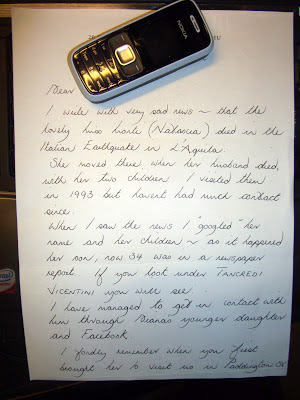 Above is part of a shocking 2009 letter that I received from a friend, concerning the terrible death of my 1960's Italian girlfriend, Natascia Monti.

The earthquake struck the town of L'Aguila during the night of April 6th 2009, injuring thousands and killing hundreds. The exceptionally beautiful Natascia was amongst those who died; crushed to death in her apartment (probably as she slept).

Yesterday I learned that 6 scientists, and one government official, have been found guilty of manslaughter, for not having given advance warning of the earthquake. They have each received a 6 year prison sentence. 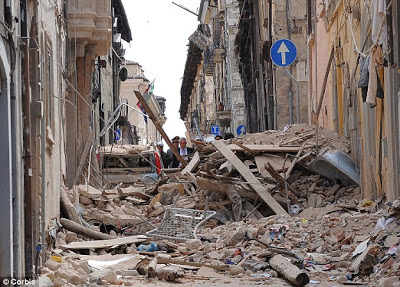 I have always understood that earthquakes NEVER give prior warning of their arrival, so the process against the scientists is nonsensical. No doubt it will be quashed at a later date, on appeal.

I was obviously both shocked and upset to learn of poor, beautiful, Natascia's demise; but for an Italian court to find these men guilty of manslaughter makes a mockery of both Italian law, and the disaster itself. The Judge should be ashamed of himself, but I expect the 'puppet' had been given strict instructions to condem!