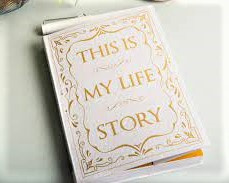 As I mentioned recently, I have just 'celebrated' my 76th Birthday, and as usual I become contemplative. Those 76 years can be summed-up as follows.

My first playschool-kindergarten was in an old Gypsy caravan in the woods by Hobbs Army Barracks in Felbridge, Surrey; it was run by a young lady who I think may have been called Phoebe. We played with Plasticine and she read stories; it was like living in a real life fairy tale.  It's been all downhill ever since.

1981-1984 temporarily returned to England to care for dying parents. 1982 visiting lecturer in Caribbean. 1984 moved to Brighton. Live in France 9 months of the year. Slowly return to France full time.

2021 Brexit regulations are enforced, and am restricted to 3 months in France. Return to Brighton for 9.

May 2022 return to France for the prescribed 3 months, which is where I am writing this. What the future will hold remains to be seen!

That's it. My whole life in a few typed lines. Of course one or two other things did happen in between the major events, but they're of no real interest (as probably is none of the above).