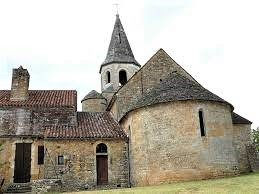 My village church held a mass a few Sundays ago; a very rare occurrence here. I heard that some went, simply to experience what could be a very rare event in the not too distant future.

Religion is dying in The West, and although the beautiful old buildings will still be there, the ceremonies, singing, and praying to invisible deities will not. We are all far more suspicious of superstition, and the far-fetched myths of the past are no longer acceptable. No longer can men in black put 'the fear of god' into people; even less so in Latin.

I went to church last Christmas. I like singing, and singing carols in an ancient church is good for that non-existent 'soul' of ours. I hope to go again this Christmas.

But don't be complacent. Churches are becoming homes, art galleries, cafés, and community centres; very few will still be used for their original purpose after the next half-century or so. Gods will give way to Goods. Creed will give way to Greed.

I blame the church big-wigs. Had they gradually changed from mumbo-jumbo to philosophy, they might have had a future, but clinging on to virgin births, faux cannibalistic ceremonies, and all the gods and devils nonsense; they have engineered their own demise.

If you wish to see those old fashioned ceremonies in practice; go now, or you may miss the boat.