Now that the Dust has (almost) Settled. 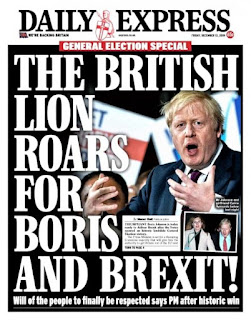 There is no question that the one thing all opposition parties fear the most, is a popular and successful ruling party. If that success has been focussed on one person; then get rid of him or her at all costs, and by any means possible. Constant criticising is the easiest method.

The Tory Party in the UK has always been the 'one nation party'; it looks after the interests of the rich and poor alike. Its aims are always to lower unemployment, and to increase employment; making UK plc into a successful 'business' which would attract serious foreign investment. The current Tory government has achieved most of this, whilst at the same time coping with Brexit, Covid, and Putin.

Unemployment figures are at their lowest since around 1979, and the figures of those in Employment are the highest since the early 70's. Funding for the NHS is at an all time high at approx £180 Billion; plus there has been extra funding to cope with the ravages of Covid.

All in all this current government was doing pretty well. It was also the first country to help fund Ukraine in fighting-off the vile attack from Russia.

So, what went wrong? In my mind it all started with the unnecessary refurbishment of the Prime Minister's apartment at No 10. Boris and wife's ridiculous spending, and choice of furnishings, was viewed as wasteful, if not pompous; this caused ill-feeling. There have been too many public rows (Cummings comes immediately to mind). Too many "do what I say, not what I do" situations. Too many dodgy explanations. And too many cover-ups. However, very few of these peccadillos were 'politics' related; they were side-events that luckily didn't affect the smooth running of the country. He was eventually dethroned following the sexual antics of some drunken MP.

Sir Keir's endless hounding of Boris at the weekly PMQ's has finally succeeded, but maybe not for the better, or even to Starmer's advantage; that remains to be seen.

In politics you savage the most popular and most successful. Churchill suffered it, Mrs Thatcher suffered it, and now Boris has suffered it. No-one ordered the character assassination of Alec Douglas-Home, John Major, or Theresa May; they represented no real political threat.

The left are cheering. An intellectual Eton and Balliol 'toff' has been toppled, and nothing pleases them more. Too much charisma, too much brain, and far too much success.

Boris will probably quit politics quite soon, and be in HUGE demand globally as an 'after dinner speaker', where he'll probably make even more millions than Blair. He'll certainly be laughing all the way to the bank.

Boris was a major political figure on the world stage, but when your own parliamentary party start to side with the opposition; you have to go. I just hope his successor will be as worthy of the position as Boris was. The last thing we now need is a weak PM, or (heaven forbid) a radical Marxist government.

I'm already beginning to notice a certain sadness amongst the more logical thinkers that Boris is going. He was a real character, and a good politician.

As Joni Mitchell reminded us 'You don't know what you've got till it's gone'.

My £5 is still on Penny Mordaunt to replace Boris, although I now see she's slipped into second place.