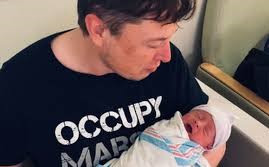 Just as in England where one finds a lot of Smiths and Browns, and in Wales plenty of Joneses and Evanses, the USA seems to be awash with Bros, Dudes, and Mans.

Unlike most countries, in the USA it's just plain Bro, Dude, or Man. To Europeans it does tend to sound a tad 'familiar', especially when being addressed by a 'cop', but that's how they like it.

Also in the USA, black female babies are given the most wonderfully exotic 'invented' names. It's almost a competition to find the most extravagant names possible. No black girl would ever be named Veronica or Penelope (go on, tell me you know plenty); it has to be ShaNeekar-la, or Da'Quandé, or even Ka'Likatirfrianiqua (yes, really). Boys of course are all called Dude or Bro.

I always enjoy reading the UK's annual list of the year's most popular names. Last year saw Sophia the most favoured girl's name, and Muhammad the most popular for boys. The trend for girls names to end in ie or y has now been replaced by ia.

Of course, many children are named after reality-show celebs, TV presenters, or actors. Names associated with intellectuals have never been popular; I doubt if we'll see a surfeit of Borises or Jacobs.

My sister and I were named after characters from Swallows and Amazons, and no doubt if I'd had a younger sister she would have been named Titty (saved by the bell).

Certain Nordic countries stick to a very limited official list of available 'given names'; Iceland being amongst the most strict. No Icelandic boy is ever called Elvis.

I'm sure you recognise the man in my photo (Elon Musk). You really have to pity that poor baby whose name is X Æ A-12.