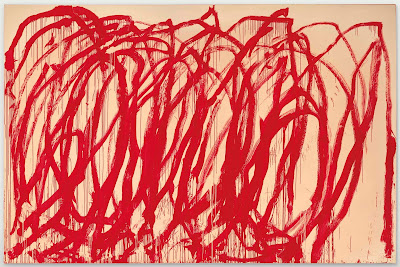 I haven't written about favourite painters for a while.

His painting is very much in the tradition of Japanese Calligraphy; which is probably one of the main reasons that I like it so much.

He lived and worked in the era of Rauschenberg and Jasper Johns; at one time even sharing a studio with the former.

His work has been a great influence on many younger painters, including myself. The lower illustration is a good example of how the scale and forcefulness of his work dominates any given space. 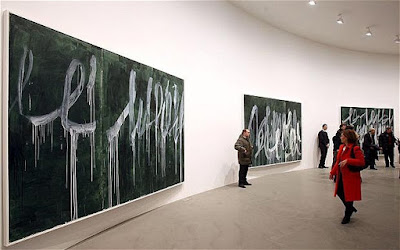 Even if his work doesn't have immediate appeal for you, if you see that his work is on show somewhere nearby, I recommend you go. Like the large scale work of Larry Poons in the 60's, you leave feeling that your life has changed for the better.