The first black 'super-star' artist from Africa, must have been Twins Seven-Seven.

Originally a musician and dancer, in 1964 he enrolled on a 'painting workshop' and almost at once became one of Nigeria's foremost painters. International fame soon followed. 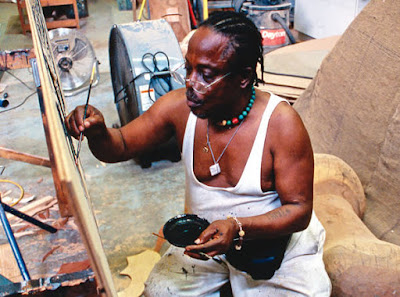 Twins often refused to see other painters' works, simply because he didn't want to be influenced by them.

I remember seeing some of his work in London in the late 1960's. It was 'different', unusual, and refreshing. His subject matter was based on local mythology and culture, and at times has an Aboriginal look about it.. 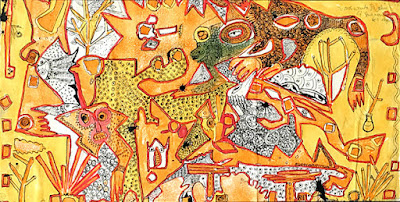 I've never been a big fan of 'ethnic' painting or sculpture, but in Twins' case I make an exception.

He's a painter who's well worth looking at. Google Images has plenty of examples.