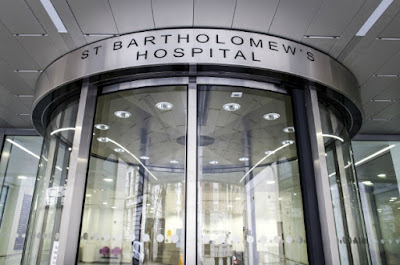 Last night, Corbyn proved my point. The UK Marxists (Labour) think that, during their election campaign, if they shout something loud enough, and for long enough, that somehow people will believe them. This is their attitude towards privatisation of the NHS; they don't stop saying that the Tories will sell to Trump. What bloody nonsense.

It might be worth reminding those merry Marxists that under Gordon (son of the Manse) Brown, and his 'Private Finance Initiative' (PFI), the UK was left with debts of £300 Billion, after privatising projects to a value of £55 Billion. His PFI projects for the NHS alone cost over £80 Billion for projects costing just £11 Billion. Not only were these privatisation projects extremely costly, but they also came with enormous interest payments, and strings attached for 'facilities maintenance'.

There are many examples of these attached 'strings', where only specific named contractors were allowed to change light bulbs etc, one being of a job that cost the NHS £52,000, which would normally only have cost £750. The examples are endless, and continue to this day. Looking for NHS privatisation and wastage? Look no further than Brown.

One of the major private finance Co's who built NHS hospitals under the PFI scheme is Innisfree, who are responsible for building almost 20 hospitals, including London's famous 'Bart's' (above).

So, Corbyn, look to your own camp when talking about privatising the NHS; and don't try to tar the Tories with your own disastrous brushes. I think that you might also find that the NHS could negotiate far better deals with non-EU pharmaceutical Co's, than they are currently doing with our German 'partners', etc.