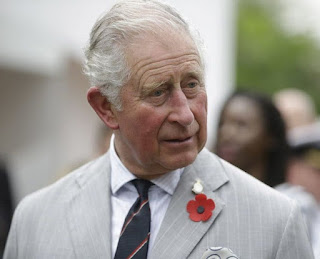 Charles and I have grown up together. Ever since my mother first bought me National Savings stamps featuring his portrait, I have lived in parallel to him; without us ever meeting.

To me he has simply been the 'heir to the throne'; a role adopted by accident of birth, that cannot have been his natural choice.

He, along with his sister, are possibly the hardest working members of the royal family. He has several appointments every day, several changes of dress, and often works well into the night on official matters.

He has managed to avoid repeating the unfortunate gaffs of his father, yet has inherited the regal bearing of his mother. He has learnt the job without complaining; at least, not in public.

His legendary love of nature, and tireless campaigning against all things polluting, brought him much criticism and ridicule from his urban detractors, but most now understand the importance of his life-long concern, and even campaign alongside.

I like Charles. A friend of mine who was at school with him always described him as 'charming', as do those I know, who have met him briefly on official duties. I don't think there is any question that he will make an excellent head of state.

So, I wish you a very Happy Birthday Your Royal Highness, and may you enjoy many more. Cro x