Out with the old; in with the new. 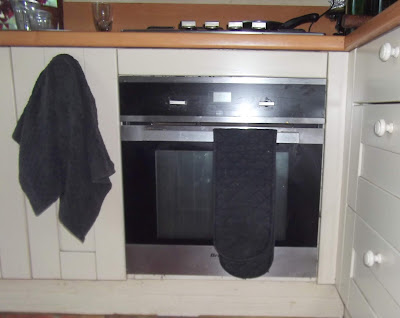 When Mr Brandt sold us this oven, he guaranteed it for one year.

It broke after one year and four days, and when asked if they would ignore the four days, the bastards said 'NO'.

Since then we have had to find inventive ways of using it. We've done all sorts of oven dances, dial twiddles, and switch flickings, and until recently we'd managed to roast the fatted calf without too much difficulty.

However, the in-built 'annoyance programme' has recently totally taken over, and I haven't been able to use it for about a month, so it had to go.

The 'DARTY' men arrived, and instantly threatened to dump the new oven at the end of the drive, because our access is a bit narrow. Then after having refused to install it, because of some minor technicality, they unceremoniously dumped it in the 'Tower'. 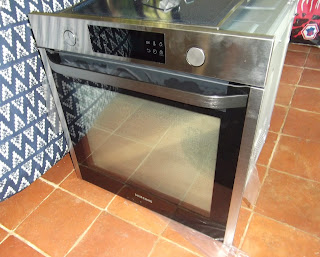 When they'd gone I phoned Bertrand (our electrician), and he promised to come a.s.a.p. 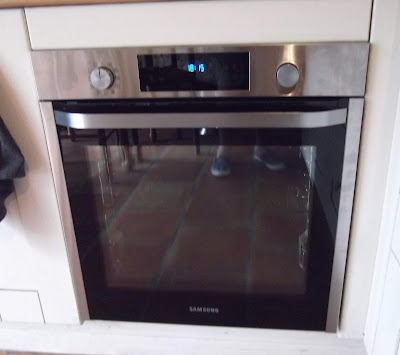 We knew it was dodgy asking to have it installed on Friday 13th; the 16th proved a much better bet, and all is now well. Bertrand did the job in a matter of minutes.

I should add that the 'DARTY' company delivery men have always been exemplary in the past; which is why we use them. These two last Friday were a bloody disgrace. I shall be writing!

p.s. Whilst looking for our replacement, we were amazed to see how many ovens don't have an interior light. I would have thought they were as essential as the ones inside a fridge.