Wives, their names, and tradition. 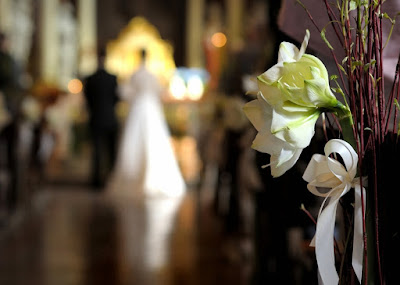 It seems to be popular, these days, for new wives to continue to use their maiden names; I have even heard of husbands who adopt their wife's name.

But there is, of course, official procedure and etiquette to follow in such matters. It should be noted here that in France a woman's name officially stays as she was 'registered' or 'baptised'; calling herself Madame X is just a pleasantry.

Traditionally in England the wife of Mr John Smith is Mrs John Smith. If Mrs John Smith (née Miss June Brown) later divorces her husband, she becomes Mrs June Smith. This is how we know the difference between a married woman and a divorced woman. Nuance, m'dear.

In an upcoming wedding, where a divorcee is marrying a bachelor, the officiating priest should ask "Do you Harry Windsor take Mrs Rachel Endelson as your lawful wedded wife?" The response then might be "Er; I think you've got the wrong church Matey, I'm supposed to be marrying someone called Meg".

These days certain traditions are conveniently forgotten, even in the most elevated of circles. Next they'll be telling me that a 'mother of the bride' will lead her daughter down the aisle.