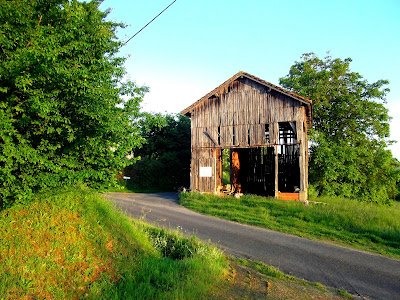 This old Tobacco Drying Barn is, once again, for sale. It was bought a few years back by a couple of architects, but problems befel them and their project fell-through. It's now back on the market.

It recently suffered quite badly from a violent storm, and a few bits fell off, but it's still just about OK. 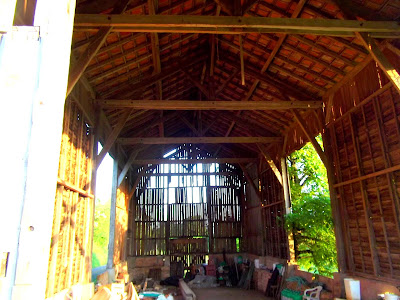 I've often thought about buying it and making part of it into a big lofty downstairs studio, with a small apartment above. This would only take about a third of the available space, and would leave plenty of barn/storage/garage space.

The big studio windows would need to face East-ish; a tiny bit annoying if one was working in the early mornings (my studio is the same). 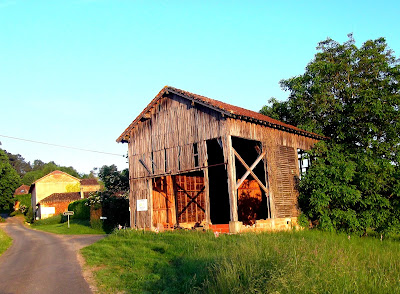 It isn't ideally situated. It's on the corner of two roads, it's quite close to other houses, and it's just 50 metres from the light-coloured semi derelict building on the left (above), which is directly opposite the main entrance to our super new 'HOLIDAY VILLAGE'. As I say; not an ideal location.

It comes with 4,000 square metres of slightly sloping land, and with water and electricity already in situ.

I see it remaining unsold for a very long while; at that price it may even fall down before finding a buyer.