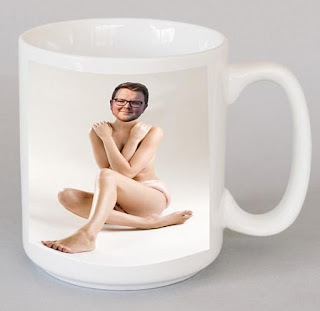 Does this mug offend you?

Other than the obvious fact that some silly girl has taken her clothes off for money; it doesn't offend me in the slightest.

Yet two volunteer RNLI Whitby Lifeboat Men have been sacked for using them (they were given as 'amusing' Secret Santa presents), and 4 (maybe even more) of their colleagues have also now resigned in protest.

I'm sick to death with all this bloody nonsense. In my book it's the female boss who should have been sacked; not these guys who've served for 15 years as lifeboat men, risking their lives to save others!

Given them a medal; not THE BLOODY SACK.