Village Life; and then there was none. 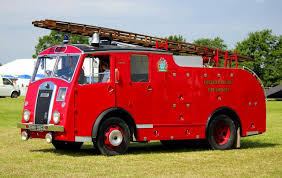 My native Surrey village of Lingfield was a small and close-knit community back in the 1950's. I didn't know all of the residents, but they all knew me, and always greeted me by name.

On several occasions (mid-game) the village fire siren would sound in the distance, and ALL the members of the Lingfield team would run to their bikes or cars, and disappear. It just happened that all our (volunteer) Firemen played either Football or Cricket for the village teams. The visiting teams would then be left alone on the pitch, wondering where the hell everyone had gone.

We children would take to our bikes and try to follow the clanging fire engine to watch them extinguish the fire. It was all great fun; except (of course) for the poor person who's house or barn was burning down, and presumably for those visiting teams who'd had their game cut short.