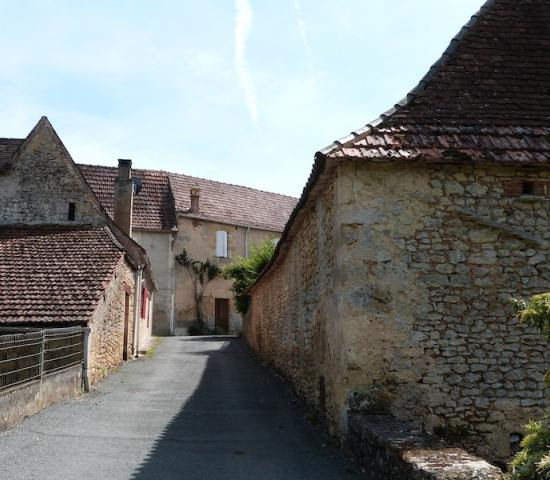 During the Easter holidays of 1972 (I was teaching in Sussex at the time), we drove down through France, in my beloved VW Beetle, to stay at a cottage loaned to us by one of my late father-in-law's foreign office chums. The small cottage was on the outskirts of Manaurie; the tiny Périgordian village above.

Within a short walk of our rustic lodgings was an ancient farmhouse set back from the road, outside of which was the word 'Restaurant' written on a piece of wood.

We were a little wary before our first visit, but this wasn't warranted.

It was by pure accident that we found ourselves in this renowned gastronomic region of France, and enormous luck to have our introduction to its delights at the hands of an elderly peasant woman who had no doubt learned her art at the apron strings of several previous generations. The local cuisine was unwritten; simply passed from person to person. A cuisine that had evolved from times of extreme hardship.

Elizabeth David (RIP) tells us of the Levantine cooks of Alexandria who, during the difficult times of WW2, would still produce wonderful multi-course meals with just a very few ingredients. Each course being prepared spiced and presented differently in order to disguise the fact that the ingredients were exactly the same. Their skills were similar in many ways to those of the Périgord peasant housewife.

Of the several times we dined at this eaterie (which was situated in the woman's front room), we were invariably the sole diners. I shan't describe the exact menus because I can't remember them, but what I will do is tell you that everything was totally delicious, prepared on the spot, and a new gastronomic experience at every turn. There was no choice; you ate what you were given, and we were extremely pleased to do so.

There was always a soup, a charcuterie entrée, a main course, desert, and cheese. As much wine as we wanted was included in the price, as well as a small coffee that was served with Armagnac.

I suppose the most amazing part of these meals was on receiving the bill. It usually worked out at around 9 or 10 (old) Francs per person; less than ONE POUND.

After each meal, we would walk home wondering how on earth the woman could offer such wonderful fare for the price. No doubt she had all her own hens, ducks, pigs, sheep, and cattle, and no doubt all the vegetables also came from her garden. The wine (which was not Pétrus, but highly drinkable) was no doubt also from a family vineyard.

It was probably partly due to this dining experience that after looking in an estate agent's window, in nearby Le Bugue, I ended up buying my first farmhouse about 100 kms further to the south. We celebrated the purchase with a visit to Prince Charles's favourite restaurant in Les Eyzies; the fabulous gastronomic Hotel des Glycines, situated in the shadow of the original Cro Magnon's home. A very different dining experience to that in Manaurie; and at a very different price.

I was 25, with a wife and 2 children when we moved here later that September; I remember arriving at my new home and thinking 'What the fuck have I done'.