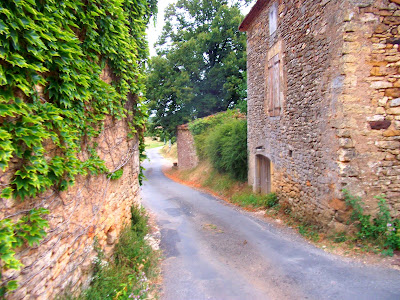 In 'ye olden tymes' it wasn't necessary to build houses further apart than the width of two oxen. This example, above, is about 300 metres from our house, and the two buildings are certainly less than 3 metres apart.

I drive between these houses almost daily, and have to be quite careful. I live just down the road to the bottom right. 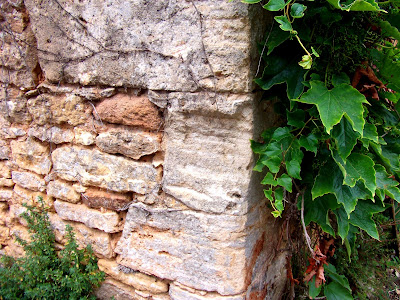 Signs of folk having tried to force wide vehicles through the narrow gap are obvious. Many of the subsequent scars are well aged.

Not so long ago, the French land army were holding serious manoeuvres in our area, and we were all warned to expect unusual goings-on (helicopter landings, white flag waving, bangs, etc). What I didn't expect to find was a huge tank wedged-tight between these two buildings.

It had become totally stuck, and decisions had to made quickly whether to cut away at the stone on the one side, or simply put the tank into reverse and hope for the best. They eventually chose the latter.

Nothing fell down. The tank had some very nasty dents and wounds, but the building just shrugged it off with the few scars that you can see, below. The soldiers parted 'red-faced'. 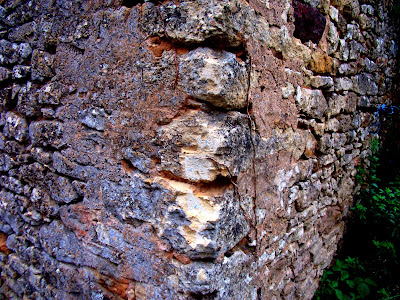 N.B. There is a clause written into the deeds of the house in Picture No 2 and top left, that The State has the right to demolish part of the wall if it so desires. So far so good.