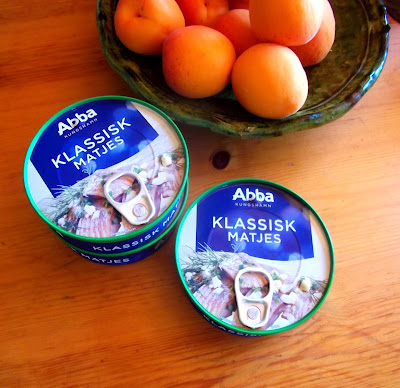 When anyone arrives from Sweden, or even if they are going to Ikea, there is always one thing I ask people to buy for me; Abba Sill. Abba is the best maker of Sill. (Kellogg's mother brought these over from Sweden with her)

In case you are a stranger to Sill, it is marinated herring; usually in a sweet and sour Dill-flavoured sauce. Sweden's greatest delicacy.

Anyway, I want to tell you my funny Sill related story.

I was in Waitrose (a UK supermarket) in Brighton when I spotted what looked to me like Sill on the Deli counter. I asked the man behind the counter if it was in fact Sill.

"No Sir" replied the man "We don't sell Seal here".

"No Seal is sold in this shop Sir" he replied again "It's a banned product".

"I don't want to buy any wretched Seal" I said, becoming somewhat frustrated with the man "I just wanted to know if this is SILL.... ESS EYE ELL ELL".

"Oh forget it" I muttered as I walked away. Behind me I could hear him telling his fellow workers that he'd just had some nutcase wanting to buy Seal meat.