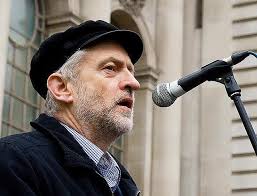 Since the universally welcomed resignation of Ed 'Carved in Stone' Miliband, I'm very pleased to see that the fabulous Jeremy Corbyn MP has thrown his hat into the ring, and become a candidate for the leadership of the UK's Labour Party.

Not that I have any influence in the matter, but I'm giving him my fullest support.

A man like Jeremy at the helm of Labour should preserve their rightful position in British politics for decades to come.

Jeremy is also being backed by the 'Unite' Union who are the major funders of his party; so, that's good too.

If we're going to have a left-wing party, lets have a pukka left-wing leader.