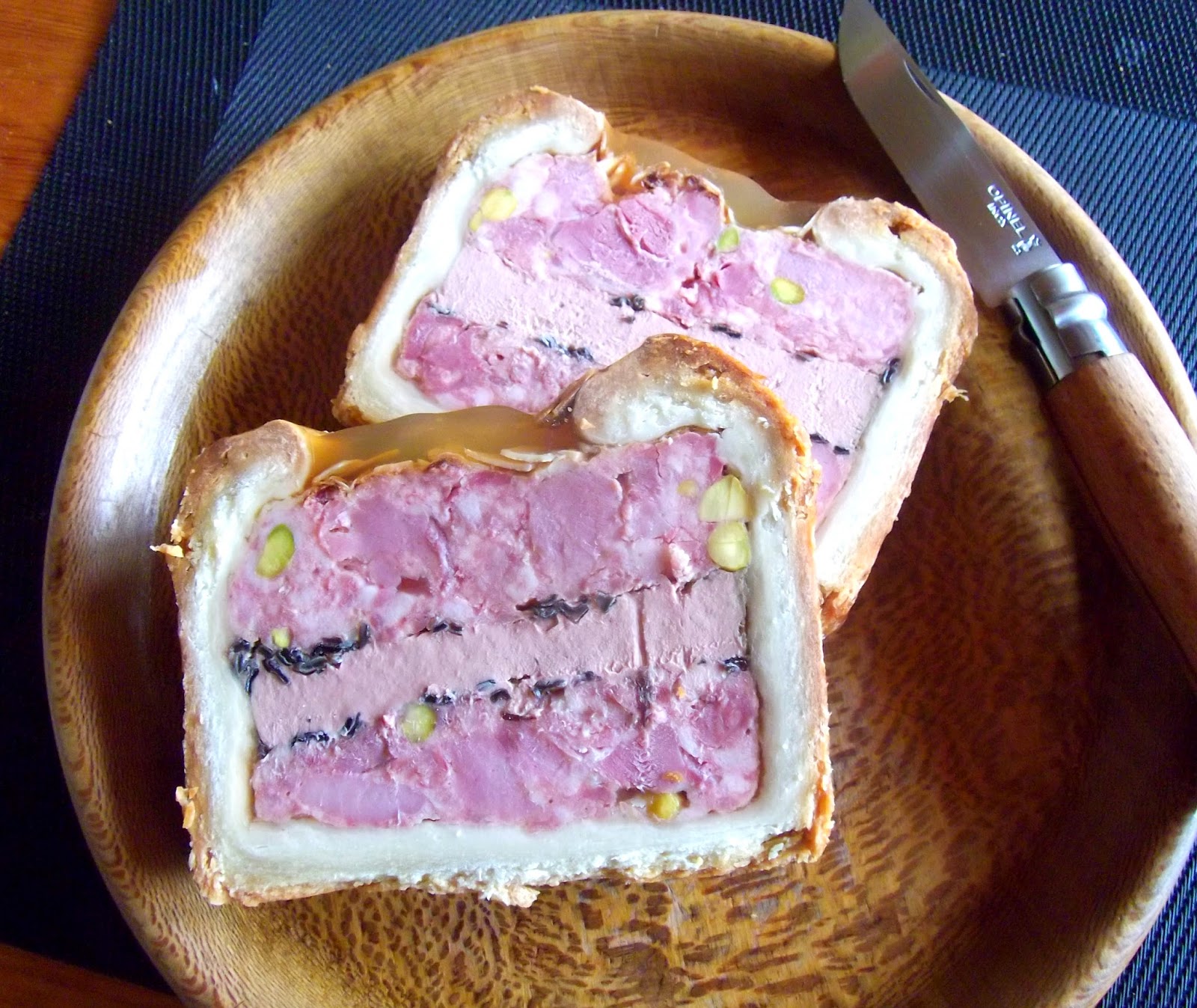 I've mentioned this many times, but one of the things I miss most from Blighty is a good Pork Pie. A slice of pie with some pickles (for lunch) is about as good as it gets.

This particular version (above) has an added strip of foie gras, some truffle shavings, and a sprinkling of pistachio nuts; none of which would ever be allowed in an English Melton Mowbray Pie.

This is pie that is eaten by itself; to add mustard or pickled onions would be sacrilege. But that is half the fun of a pukka Pork Pie; a dollop of mustard, an onion or two, and maybe even a chunk of good mature Cheddar on the side.

The above was good (if a bit rich); but give me the simplicity of a Melton Mowbray Pie any day!