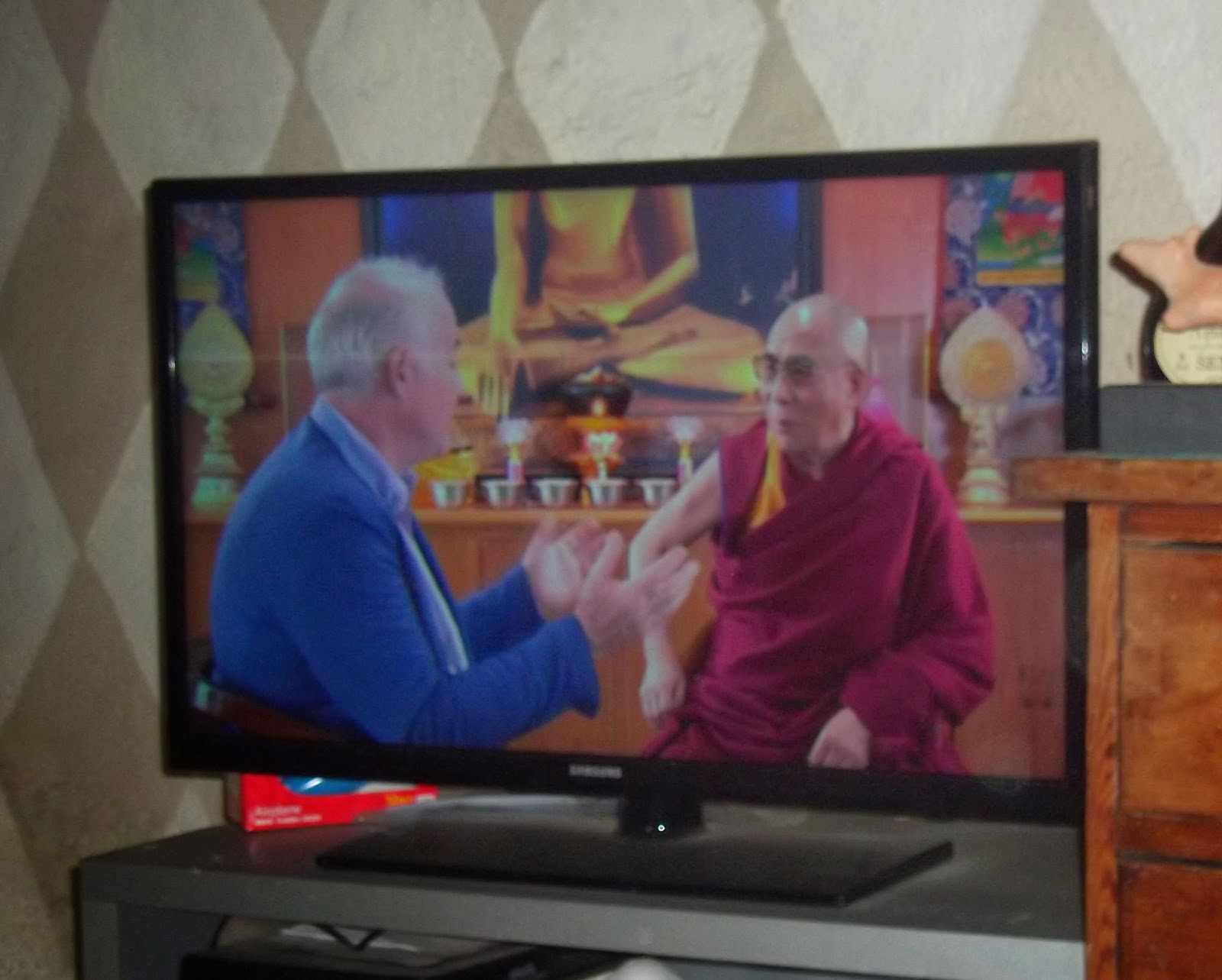 Recent bad weather has allowed me time to watch some old Rick Stein DVD's (Stein is a fish cook in the UK).

In one particular episode of his Indian series he meets the religious leader The Dalai Lama. Rick, of course, quizzes him about food.

The DL admitted that as a student they were forbidden to eat eggs, pork, or fish, but his father adored pork, and his mother adored eggs, so when visiting his parents he partook of both. Naughty boy.

He also stated that when he eventually became a fully fledged Buddhist monk, eating after lunch was forbidden, but he divulged that when hunger overcame him he would munch on a few biscuits; his excuse being that Buddha would understand that a healthy body was more important than breaking a tiny rule. Naughty boy.

His interview reminded me of those strict vegans and orthodox Jews who can't resist a bacon sandwich when no-one's looking; and who could blame them. Naughty, naughty.

The DL also stressed that 'Oneness of Humanity' is his mantra. Who could argue with that.