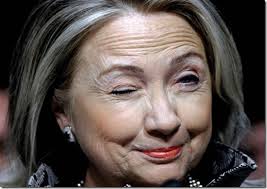 The Americans have assuaged their national guilt by having elected a half-white president; and they think it could now be time to elect a woman (the saucy devils!).

The current favourites are Mrs Bush, Mrs Nixon, Oprah Winfrey, Mrs Clinton, or why not combine all the essential PC elements, and have the fragrant Mrs Obama.

Mrs Obama could be the front runner. She's what is known (over the pond) as 'African American', she's a she, and she has two children; the perfect combination for photo opportunities.

Mrs Obama certainly looks more presentable than Mrs Clinton. She has impeccable presidential connections, she wouldn't look like a 'short-arse' in international diplomatic circles, and I hear she can cook a stomping Apple Pie. What more could the USA want?