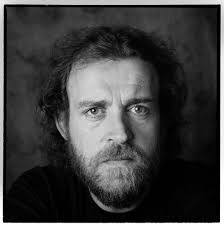 A few notable British politicians also bade their farewells. Irish rabble-rouser Rev Ian Paisley will no longer be treating us to his 'dulcet tones', naughty ex Liberal MP Jeremy Thorpe will no longer enthrall us with tales of skullduggery, and the man that the KGB apparently referred to as an 'unnecessary simpleton', Anthony Wedgewood-Benn, is no longer 'The most dangerous man in Britain'.

Others I would like to pay homage to here are the passengers and crew of Malaysian Airways flights MH 370 and MH 17, and AirAsia QZ 8501. The 145 schoolchildren and teachers of Peshawar. And all those who were slaughtered by ISIS, ISIL, IS, Boko Haram, Hamas, Al-Shabaab, and all the other myriad terrorist organisations.

There are countless others who deserve mention, but as usual I refer just to those that I made a point of noting in my diary. Rest in Peace all.