It's been a pretty good year for The Magnons.

2014 began mildly; unusually for here there were no snow storms or hard frosts, then a wonderful Spring arrived, bringing with it our little 'Bunny' (now not so little). 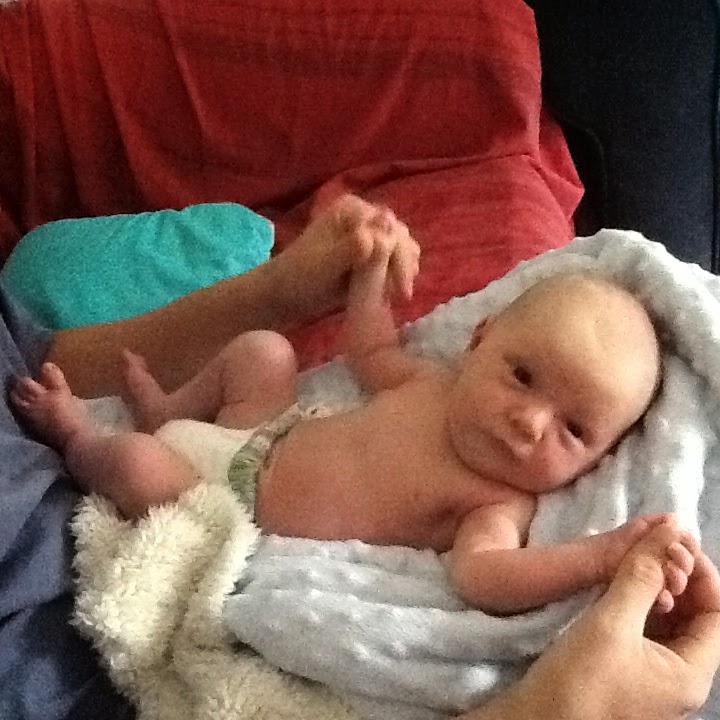 Summer was good too. We had our two North London grandsons with us whilst their parents got on with earning their crusts. The parents took them off for a trip to Béziers before leaving the boys with us again for a further week. It was great having them to ourselves, although I don't know if they'd say the same.

Luckily the boys were here for the Plum harvest, and for the first time Harvey J's birthday-tree excelled. Here he is surveying his first very own crop of fruit, which Lady Magnon had converted into a Plum Tarte Tatin. Proud boy; delicious tart. 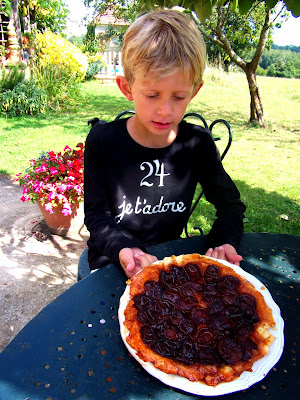 Throughout the summer our work on the barn advanced. Slowly, but with determination. 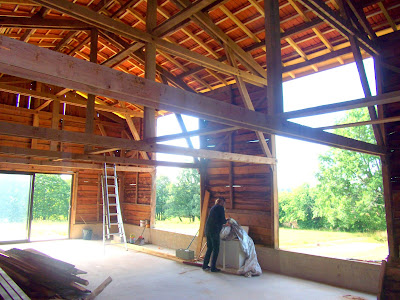 Knocking down what seemed like most of the southern wall was hairy; but it had to be done. We now have front steps, a new roof, drainpipes, windows, a staircase, a new floor, water, some electrical work, a certain amount of insulation, and upstairs beams that are no longer blood-thirsty. We're getting there! This is how we leave the barn as we head into 2015; it's beginning to look 'almost' like a house. 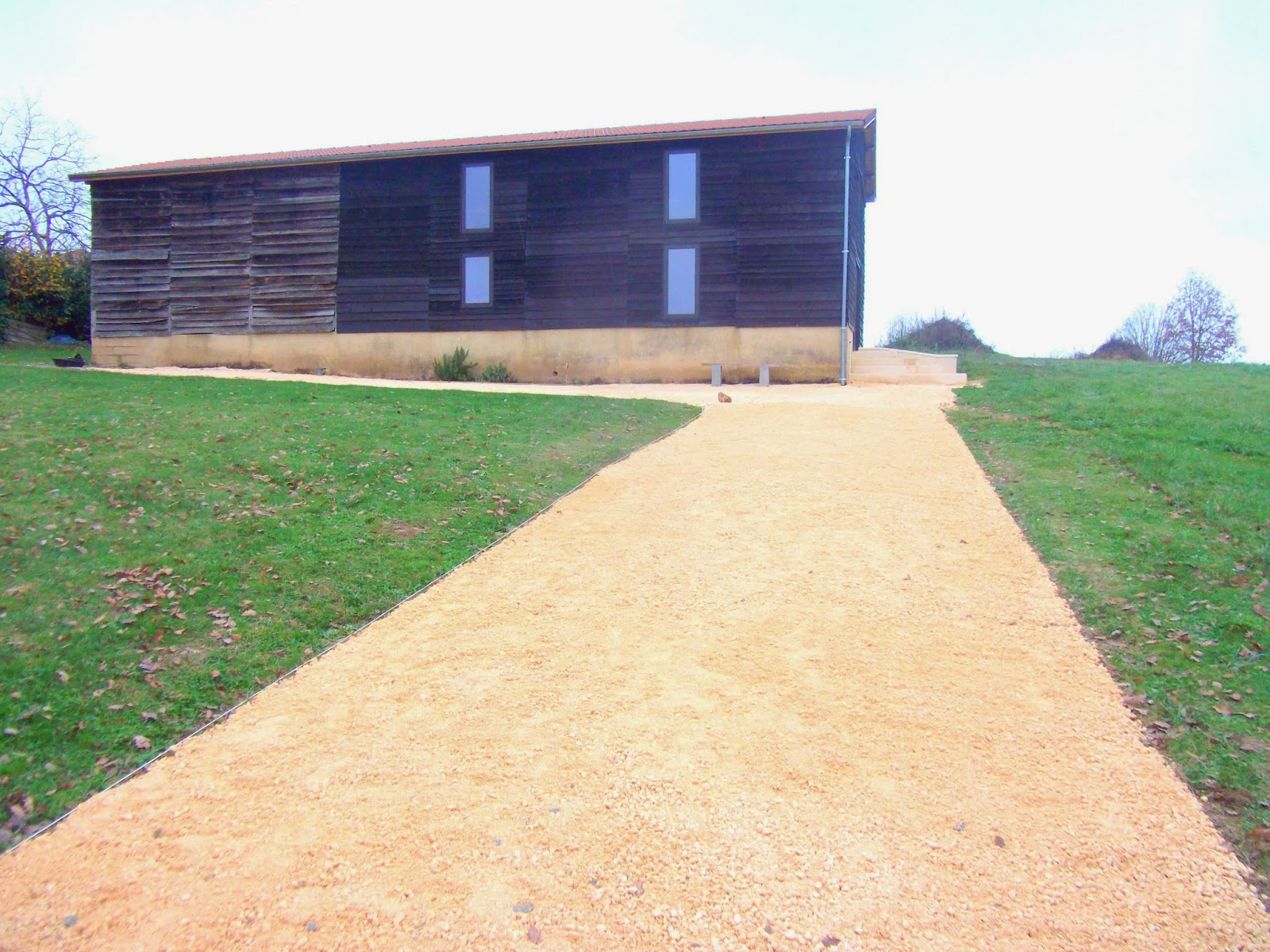 Whilst Wills was here he even ordered a very nice looking wood fired range cooker, with back boiler, for the new kitchen. It hasn't arrived yet, but shouldn't be long. 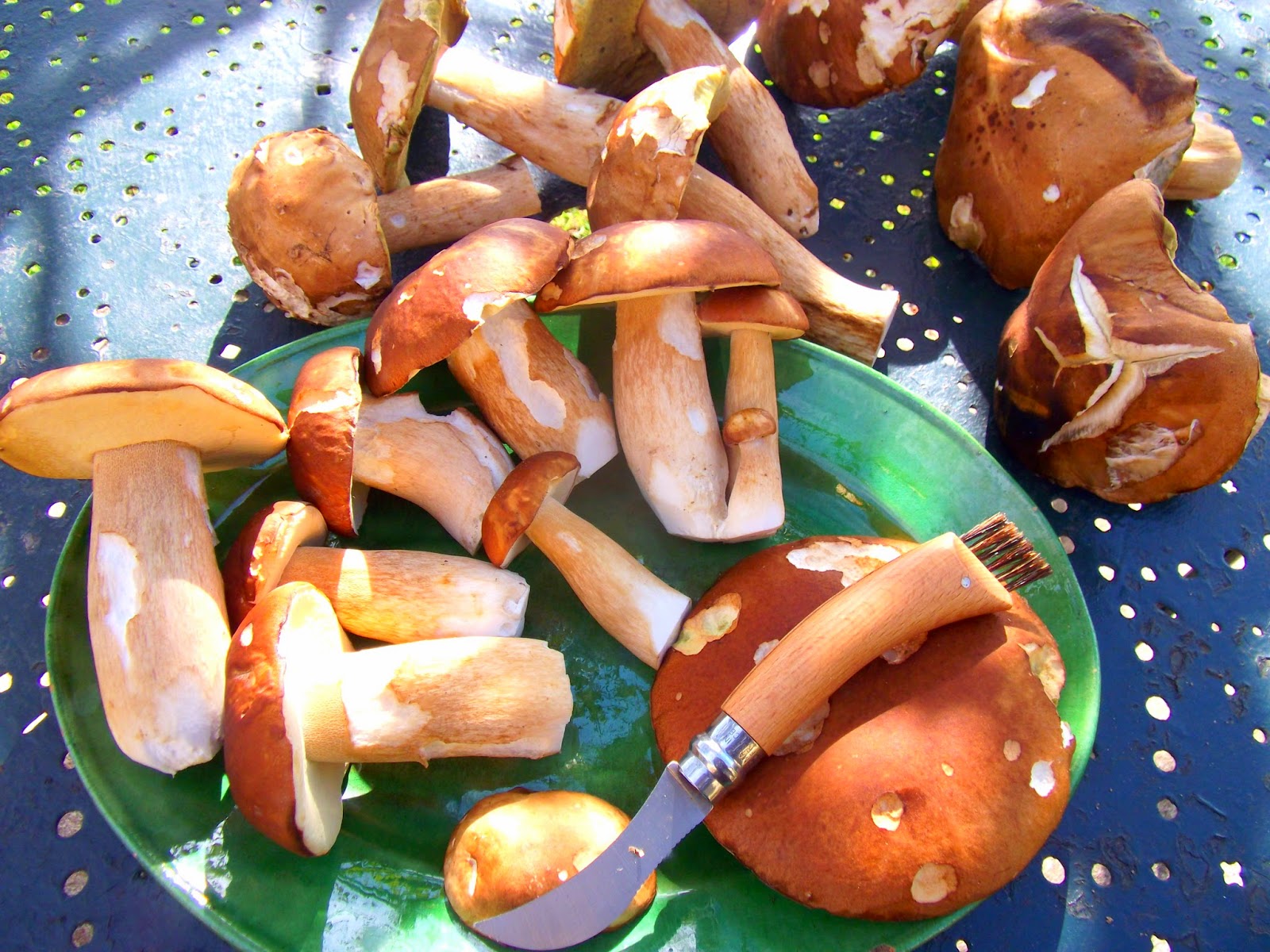 The Cèpe harvest this October was wonderful; in fact there were almost too many. As my main aim this year was to produce plenty of conserves I was in heaven, and we now have stocks for months ahead (below). Cèpe omelets... Oh yes. 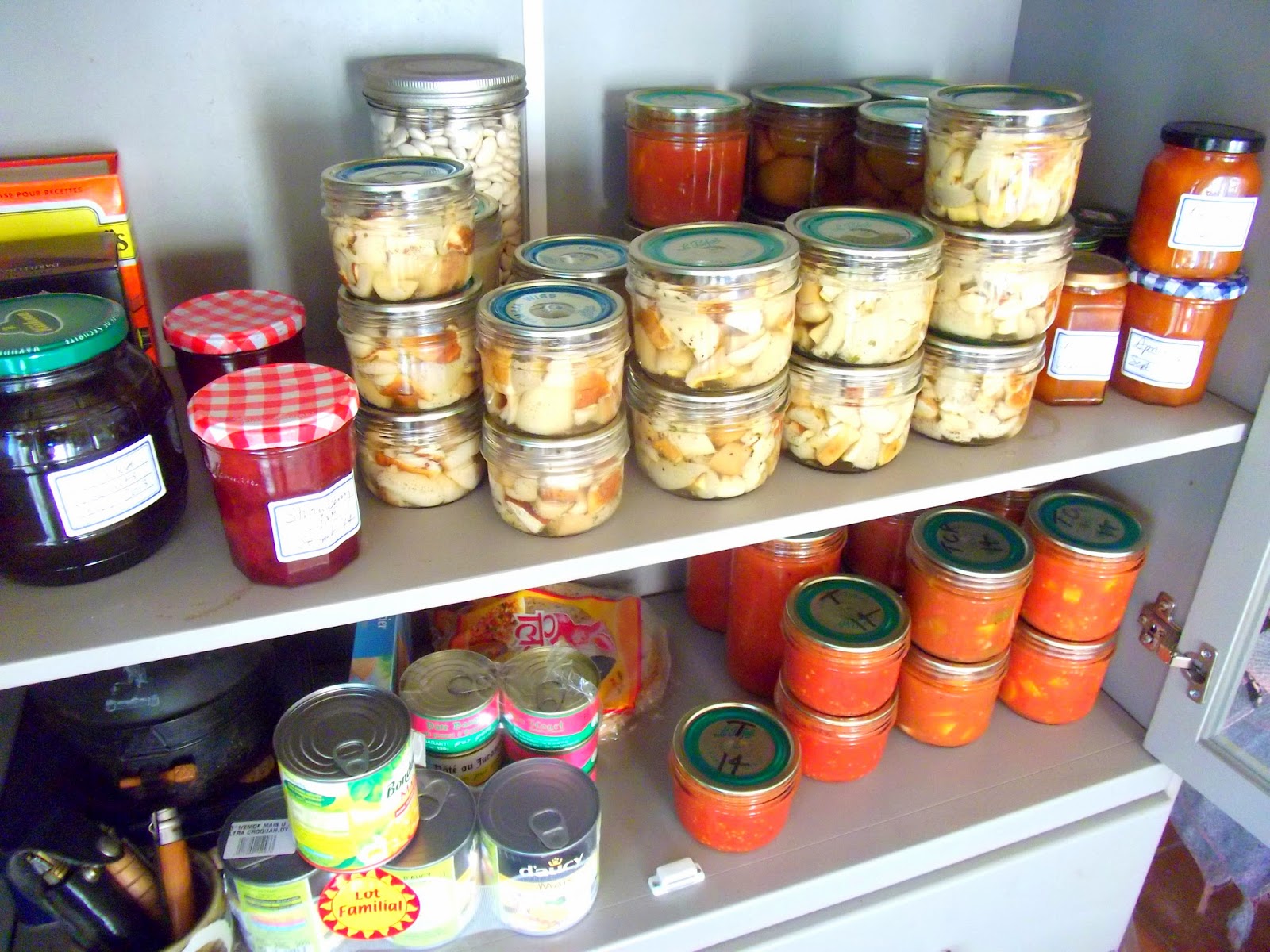 Unfortunately 2014 has also had its nightmares. Everyone will have been horrified by the advance of the murderous IS fanatics through Syria and Iraq. Something radical needs to be done about them, but by who and when remains undecided. Meanwhile they grow ever stronger and become ever more barbaric. It's a world-wide disgrace. If there is one collective message to our so-called leaders, it has to be 'sort it out, and quick'.

Exceptionally fine weather continued throughout October; something I don't remember ever happening before. Then November had its moments, and even December, although evening fires were eventually lit. 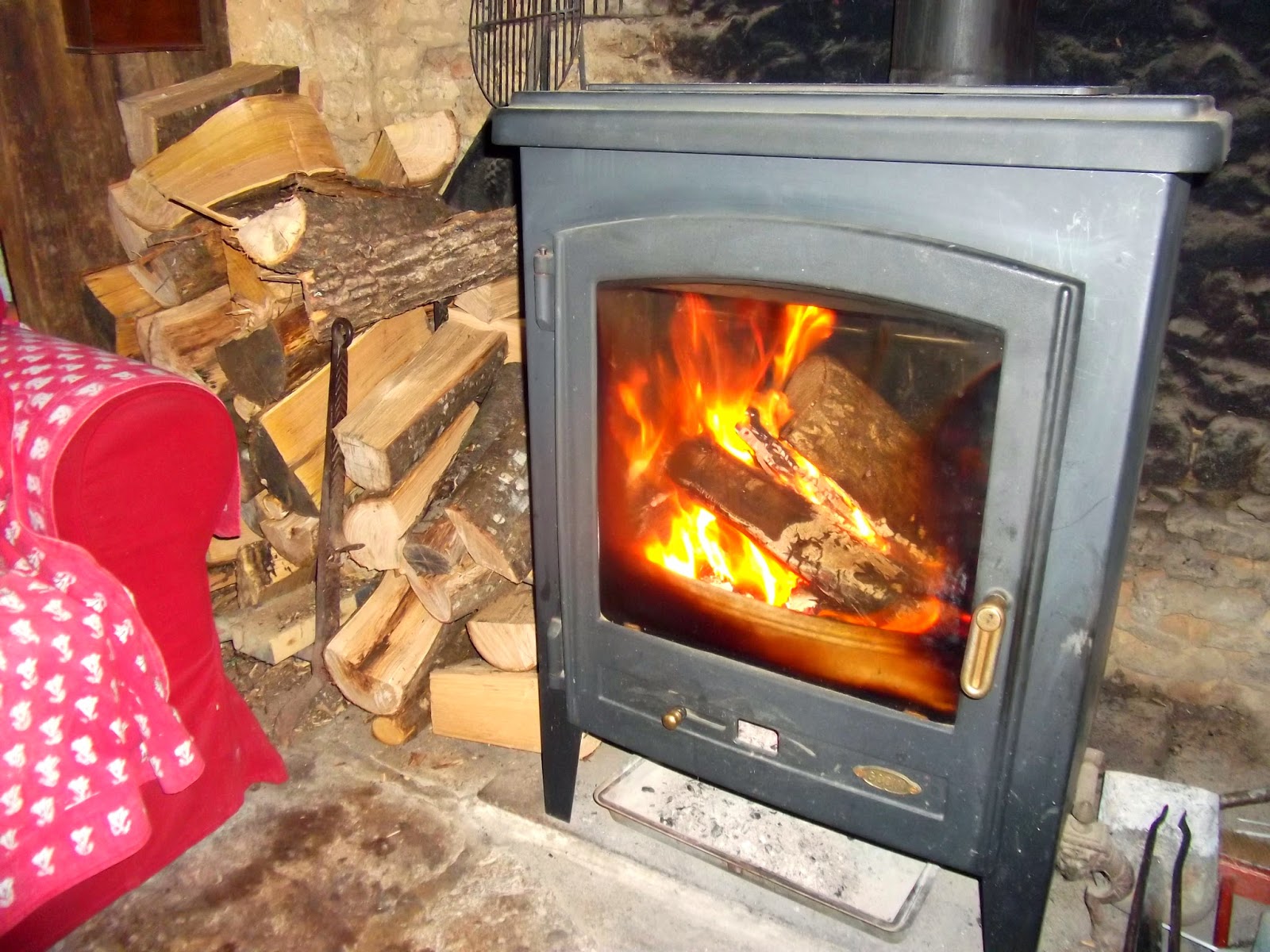 We have a good stock of firewood, we are both in reasonable health, the coffers will allow for an adequate amount of thin gruel through January, we have a new grandson, and we can still put our backs into reasonably hard physical work. We have a lot to be grateful for.

So, I will leave 2014 with a very recent picture of our lovely Bunny. Grown, ain't he! 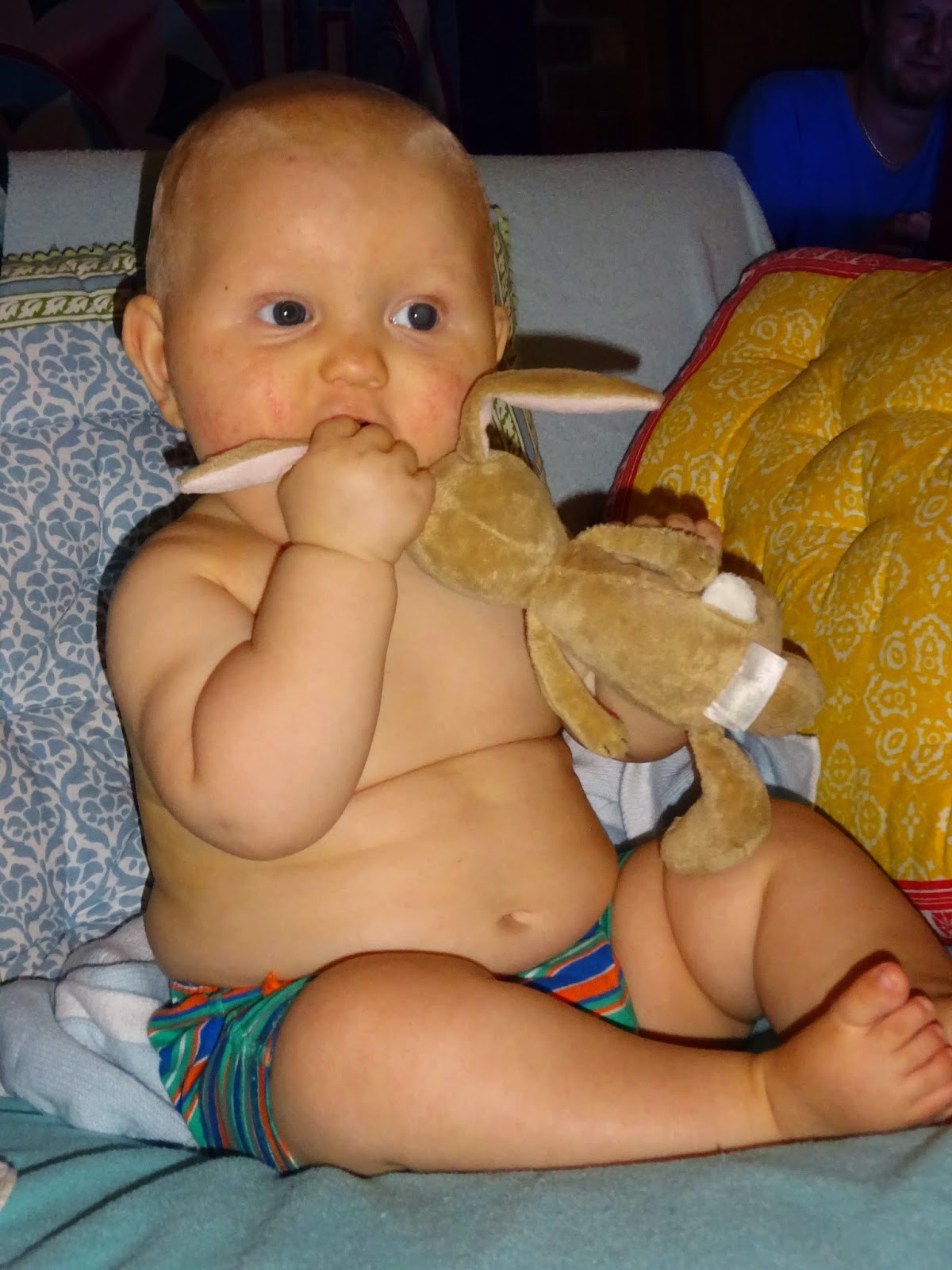 Not everything has been perfect. My good friend and neighbour, José, was burgled two weeks ago, on a pre-Christmas Sunday afternoon, and it has shocked the whole neighbourhood. Hopefully our 2 dogs would see off any unwelcome visitors, but we are being extra cautious.

As usual I wish everyone a very happy and peaceful New Year. Keep in touch, and may we all be together again to celebrate the end of 2015. Cro xx