Not so long ago I needed a cable for my computer. I took along an illustration to the shop that dealt in such things, explained what it was for, and a very helpful salesman sold me what he assured me was what I needed.

When I returned home I could see at once that it wasn't right. It was very similar, but the end bits were too big. I returned to the store and asked for a replacement. They didn't have what I needed, so I asked for a refund.

This was like asking for the bloody moon. Whereas in the UK I would have been given my money back without question, here I was told in no uncertain terms that I was crazy even imagining that such a thing could happen. No, once they have your cash, you ain't getting it back!

I finished by having to buy something to the same value, and ended-up with these two enamel colanders (below). They were the only other things in the store for which I had any use. 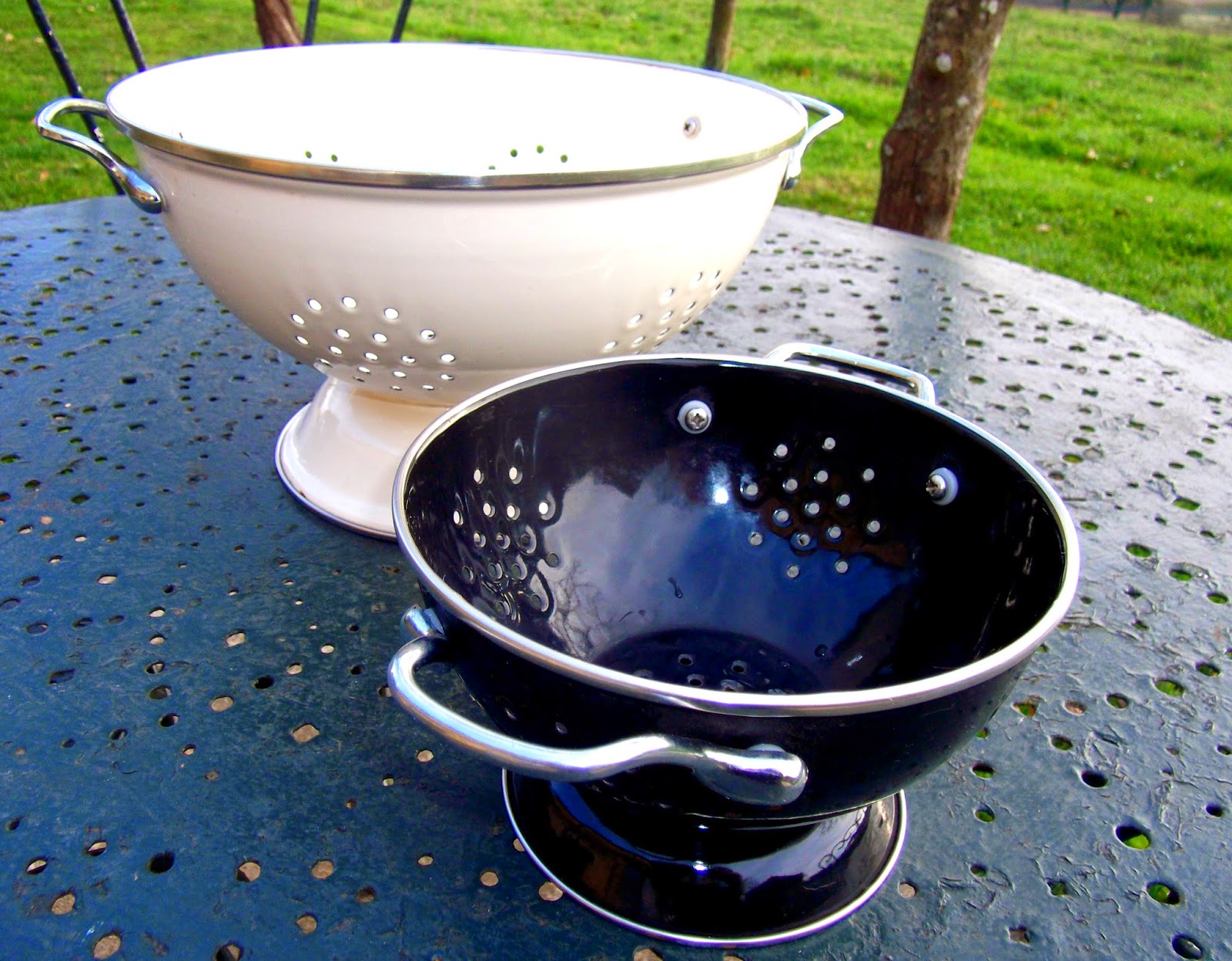 Recently I was talking to a friend about such madness, and he told me this.

He had bought his wife a new camera for her birthday. He wrapped the box in nice paper, and presented it to her on the big day. When she unwrapped it, and opened the box, she found that it was EMPTY. My friend had been sold a €200 empty box!

When he returned to the shop he laughed as he explained their mistake, and asked for the actual camera for which he'd paid. They didn't have one (sound familiar?), so he asked for his money back.

They refused, eventually saying that he'd have to take the matter up with head office. Can you believe that?

It was almost closing time, so my friend went into the back of the shop, took a chair, and sat down in front of the service counter. He told them he wasn't moving until he had his money back.

Frenzied phone calls were made and eventually, and very reluctantly, his cash was refunded. He was also made to feel as if they had done him a great favour.

My friend isn't the type to take 'no' for an answer;.... but I ended up with 2 bloody colanders!