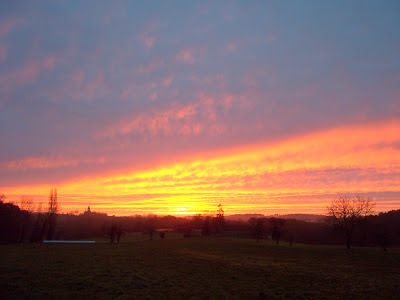 I take the dogs out at first light; at the moment that means about 8.15am (7.15am UK). As is usual at this time of year, there is a beautiful sunrise accompanied by crisp clean air. 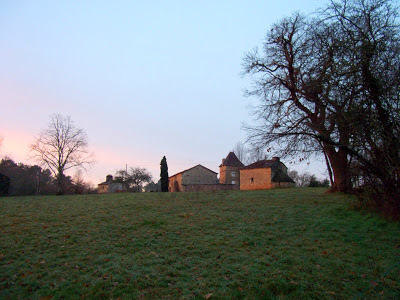 The sun lights up the East facing walls of houses, giving the honey coloured stone that extra boost of pink. 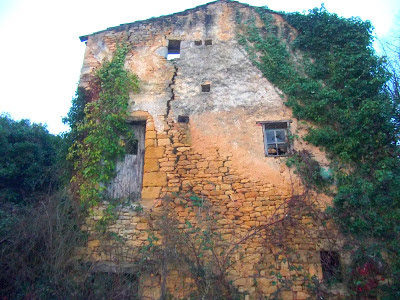 There are still a few ruins about, showing signs of a much more populated past. Where this one sits, is amongst the 'settlement' (lieu dit) where I bought my first house in the village. At the moment the 'settlement' has a permanent population of 2 (plus one itinerant in a caravan); I am assured that between the wars there were over 60. 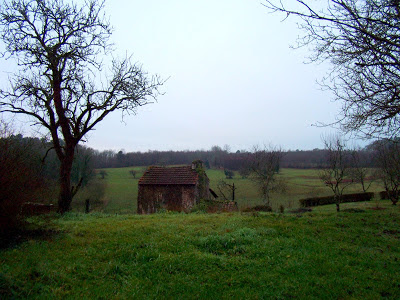 This small abandoned building is a bakehouse (fournil), the tiny apse to the right is the actual oven (four). It is the same, but younger, as the one in picture 2. Our first house also had it's own bread oven, meaning that there were at least 3 within a few hundred metres of each other. I understand that once a week each farm took it in turn to fire-up their oven; a process that often took all night.  Everyone would then bring along their dough, and the 'settlement's' week's worth of bread would then be all baked together. How very sensible! I'll try to photograph one sometime, to show how big they are.

And so back home, where I was pleased to see that the fire I'd lit was still going strong, and the sitting room was already warm. The mornings are cool; we need a fire.