Owners and their Dogs. 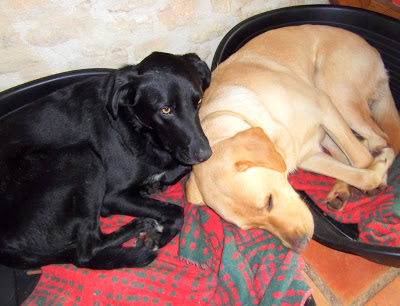 Lady Magnon liked to think that Monty was HER dog, and Bok was MINE.

On the principal that owners grow to resemble their dogs, I shall attempt a comparison.

Strange; Lady M has just recently changed her mind about who's dog is who's. Bok, she now says, is HER dog, and Monty has been re-designated as MINE.