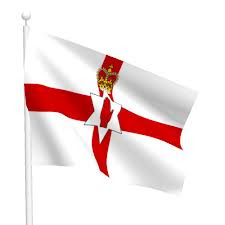 I recently posted a piece about the current Northern Irish riots. Riots perpetrated by the big-wigs at Belfast City Hall, who decided not to fly the national flag, The Union Flag/Jack, other than on 18 days each year.

I quickly removed the piece because I thought maybe I might upset certain Sinn Fein or IRA sympathisers (not that I could really give an effing toss).

Once we get rid of Scotland, we will be richer, more stable politically, and happier all round. May I suggest that Northern Ireland follows Scotland's example, and considers a similarly liberating move!

A simple union of England and Wales could conquer the world, unless one of Owain Glyndŵr's boys gets uppity.

My dastardly attitude towards Northern Ireland is bound to upset, but I'm fed-up with the whole bloody bunch of them; left, right, catholic, protestant, unionist, or republican. They behave like little children fighting over sweets; and then have the nerve to call it 'the troubles'.
Posted by Cro Magnon at 05:28