Imagine my feeling of violation! A Sunday Special. 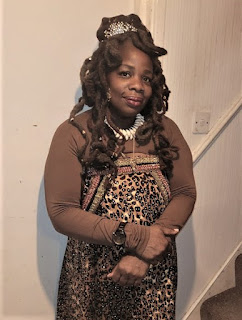 Picture the scene. I was in Marrakech Morocco, looking to buy a camel skin bag in a rather smart shop.

The shopkeeper was pleasant enough, then asked "Where do you come from?".

"I'm English" I replied (speaking in French) "but I live in France".

"If I was speaking to you in English I probably would" I said firmly.

"You don't even look very English" he continued; etc, etc.

I thought no more about it.

Recently a guest at Buckingham Palace was asked the same question. The woman herself had very dark skin, she wore her hair in an African native dreadlocks style, she wore a faux Leopard skin print dress, and also wore a very African looking shell necklace. She looked every inch an African diplomat or maybe politician.

"What part of Africa do you come from?" had asked the lady.

All hell let loose. Accusations of RACISM have been screamed from the highest woke mountains, the newspapers have gone crazy, and the poor accused elderly lady has had to resign her minor position at the palace. Ms Ngozi Fulani (above) was outraged, and apparently felt racially 'violated'.

What I would like to ask is, why one person should feel so 'violated', yet asking the same question to someone else (me) seemed perfectly acceptable.

I do know the answer, as do you. But of course we're not allowed to say it.

If I had been shown the above photo (how she was dressed at the palace), and asked to GUESS where Ms Ngozi Fulani came from, I might well have suggested an African country. In fact she comes from Willesden, and her real name is Marlene Headley, which changes the whole event into the most appalling case of Cultural Appropriation and topsy-turvy racism I've yet encountered. Ms Ngozi (Marlene) should be ashamed of herself. Drumming up 'racism' where none exists has become all too common.

If anyone is now going to accuse ME of racism, would you please use words of more than four letters.