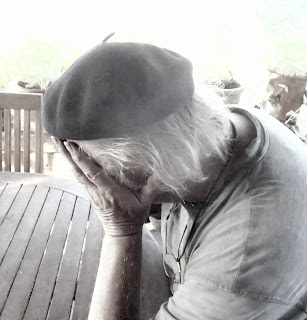 I've been feeling a bit low recently; I expect it's been brought-on by a combination of the weather and so much depressing news.

The ageing process, far too much rain, and a few unimportant niggles, have all added up to my feeling a little depressed; much as I usually do through Winter. News about the crime-wave from 'back home' hasn't helped either.

England's Cricket XI were recently beaten by Scotland (heaven effing help us!), The Football World Cup will no doubt see England being sent home for an early bath, and I probably won't see any grandsons for another 6 months or so.

I believe that 'ecstasy' tabs (or was it LSD?) were first invented to make USA pensioners feel happy; well maybe I need some too. When one feels down, it's very difficult to shake it off, even by simply stroking the cat.

This morning I read an every-day tale of life in today's Britain, which made me want to bloody scream. This type of story is not uncommon, and fuels my despair.

Last month a Lancashire brewery was invaded over a Bank Holiday weekend, by over 100 'travellers' who completely trashed the place, doing over £100,000 worth of damage. They also contaminated all the beer that was in process of brewing, which then had to be thrown away. The police eventually escorted them all to a nearby motorway, and sent them on their way. No-one was prosecuted, or even fined. These people are immune from the law. The brewery may not now re-open.

If that had been ME breaking into the brewery, and doing all that damage, I would now be behind bars. In the UK, this type of PC (don't be cruel to travellers, immigrants, criminals, etc) behaviour is making a mockery of the legal system. It's not surprising that so many school leavers see a life of crime as a good option.

It's OK, Lady Magnon has now returned from London, and I'll soon feel a bit better; even if my fury over Snowflake coppers and judges makes my effing blood boil.