Aunty on the Slippery Slope? 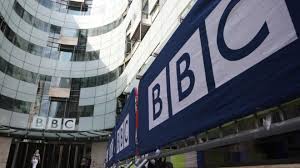 I hear that the BBC will no longer be asking for details of 'qualifications' on a job-applicant's CV. The Socialist-heavy corporation has decided that it has too many well qualified, ex-Oxbridge intellectuals, and it needs to dumb-down and diversify.

There is, of course, good argument for employing those who are simply good at their job, but to purposefully exclude those who are also 'well educated' seems to me like cutting off one's own feet.

I have no personal knowledge of the interior workings of the BBC, but I do know that I actively prefer meritocracy to purposeful dumbing-down. Could you imagine the words 'Ivy League alumni need not apply' attached to a top-job advert in the US? Of course not!

The only person I know who worked for 'Aunty' was my old school friend AY. At school he was mostly interested in drama and the plastic arts, then went on to receive a poor degree (a Desmond) in Law from a non-Oxbridge university. He later became the Creative Director of the BBC and presented their 'Arena' arts programme. I am trying to imagine a less knowledgeable (or even a better qualified) person than A doing the job; I can't. He fitted-in into his role perfectly, and his non-Oxbridge education played little part in his obvious success.

However, finding the very best person for any job should always be the aim. Ideally people aspiring to fill the country's top positions will be well educated (at Oxbridge if needs be), have a bucket-full of common sense, and will know his/her subject inside-out.

I hope that never changes. If it does; we're lost.

The old Yorkshire ruse of shouting down a mine shaft, saying that the first eleven men up will be playing cricket for The County on Saturday, may have worked in theory; but best not try it.