Bok had a few of his friends visiting yesterday. Three of them are from next door, and one from about 500 metres away; they visit on a regular basis. They all get on with each other very well. 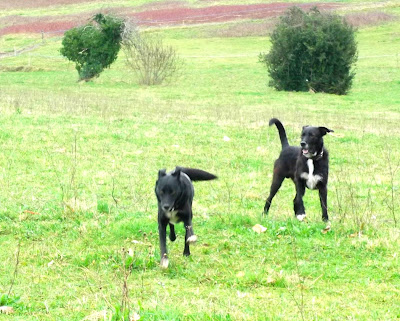 This is Bok (left) with his rival Iggy Pup. They are the only two males amongst the gang; Iggy Pup being 'complete', whereas Bok isn't. They have very similar markings, but are not related. 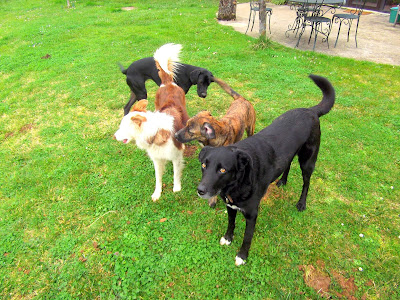 And this is Bok with his little harem of admiring girlies. In the background Lulu, in front of her is Izzy, and behind Bok is Jinxy.

Iggy Pup and Jinxy are the parents of Lulu.

They ran around the fields for a while, sniffed each other's bottoms, then went their ways. I always like to see them socialising; it's their home just as much as it is ours.