I think Lady M has fallen in love.

First it was his Prune and Frangipane Tart, now it's his Fruity Steamed Sponge Pudding. Where will it end?

Chef James Martin (above) can do no wrong. If he demonstrated a recipe for Newt's Gall Bladders in Mustard Custard, she'd be off to the kitchen to make it at once.

I don't normally eat nursery food, but I was forced to admit that this was 'acceptably pleasant'. I just hope he doesn't start advocating Grey Beluga Caviare on toast; I'd be broke. 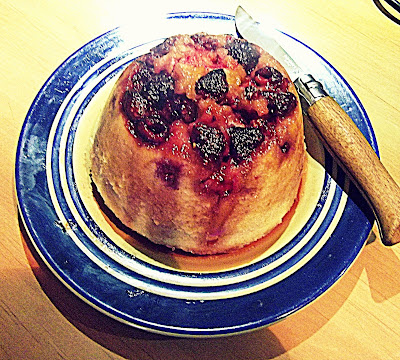