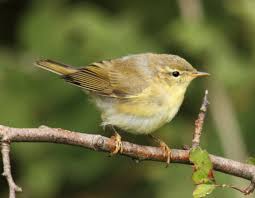 It's not that often that I see small birds that I don't recognise, so, when I do, it comes as a surprise.

I was sitting under the now leafless Quince tree when a gang of tiny birds turned-up and started rushing around amongst the branches just above my head. They looked rather like Robins, but without the colour.

They had small pointed beaks, and their movements were somewhat like Wrens. I had to consult several books before I was certain of what they were; they're not easy to identify.

Chiffchaffs apparently are Autumnal visitors, but coming from where I know not.

Not a spectacular bird in any sense, but an amusing one. Their frenetic scavenging behaviour reminded my of the Long Tailed Tits who also turn-up in gangs and flit from tree to tree in search of bugs. Those I haven't seen this year, but then one can't witness everything.

Later that day, I spotted 'our' Pheasant just in front of the house. I'm very pleased to see that he's still alive and well. 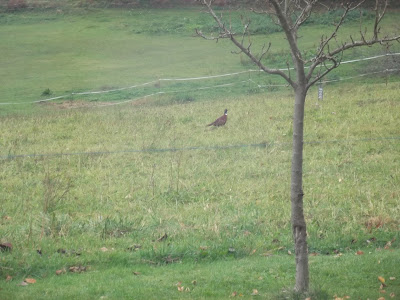