Parisians are a strange bunch; out here in Les Styx they are viewed as a totally separate nationality (and with good reason). Even when having relocated to the countryside, they seem to be incapable of abandoning their strict urban (Parisian) ways.

An insignificant, but classic example happened about 10 years ago when a Parisian family I know decided to play 'Let's pretend to be country folk', and planted a Tayberry bush, on the edge of their lawn within about 6 inches of their border with Haddock's. It produced wonderful fruit almost at once, but no-one thought to gather it (they may not even have considered it edible). The following year when similarly ignored, rather than see the harvest go to waste, I ate the fruit myself. Since then I have always eaten the fruit.

The plants themselves (now greatly multiplied) have sent out numerous runners 'eastwards', abandoning their own garden in favour of mine (with absolutely no assistance from me!). No plants are now left on their side of the fence (they mowed them to death), but plenty now live on mine. I have even just potted-up a dozen more suckers (below) which will join my good-sized plantation later in the year.  My plants now supply several kilos of delicious fruit annually. 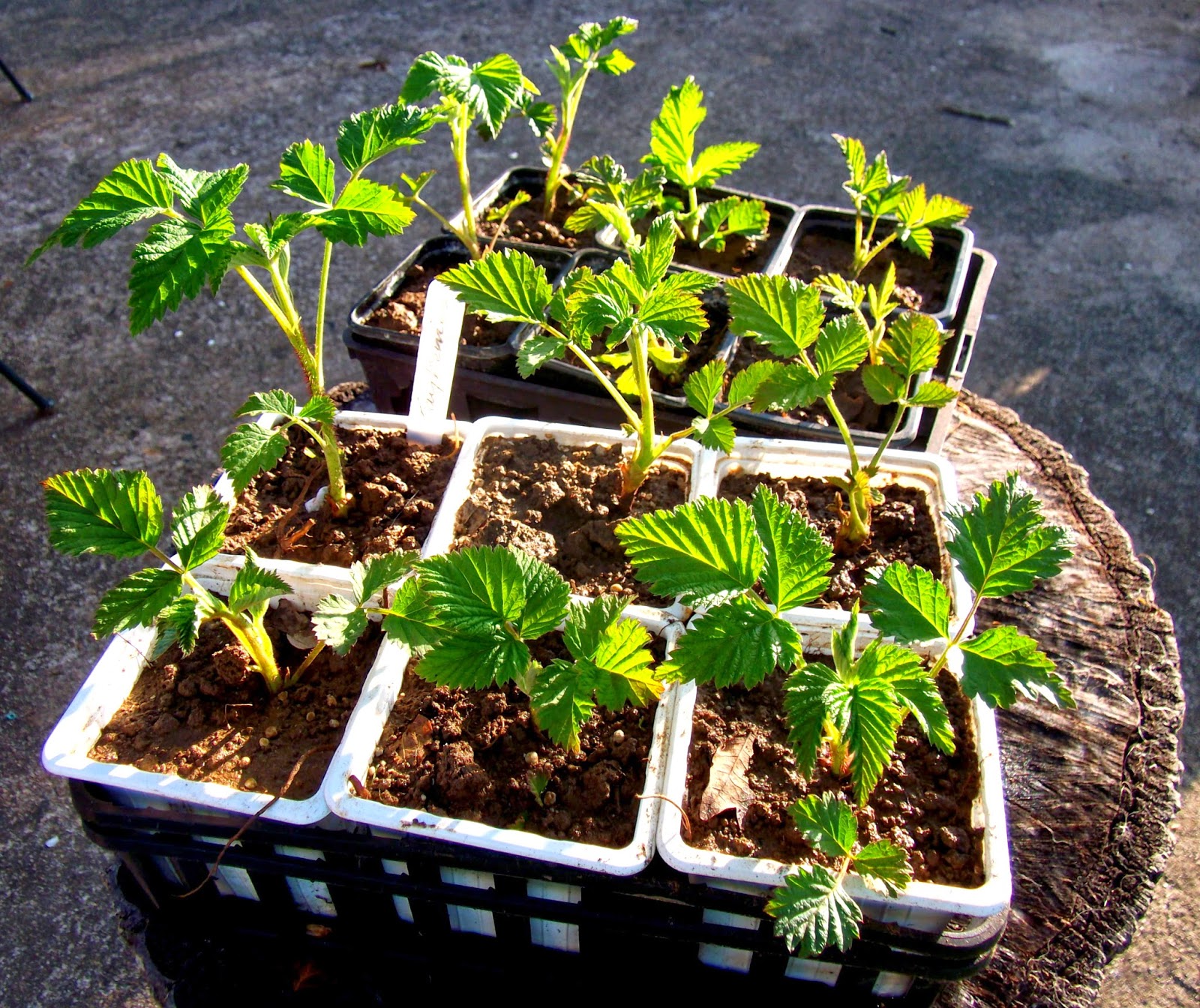 What's the betting that any Tayberries these Parisians may eat in the future, would come in sterile plastic tubs, with 'guaranteed' no fear of poisoning; the only way that those darling Parisians would ever buy them. Personally I like mine fresh, sun-blessed, and free; thank you!

p.s. Just in case anyone is unfamiliar with Tayberries, they are a deliciously oversized Raspberry/Blackberry cross.