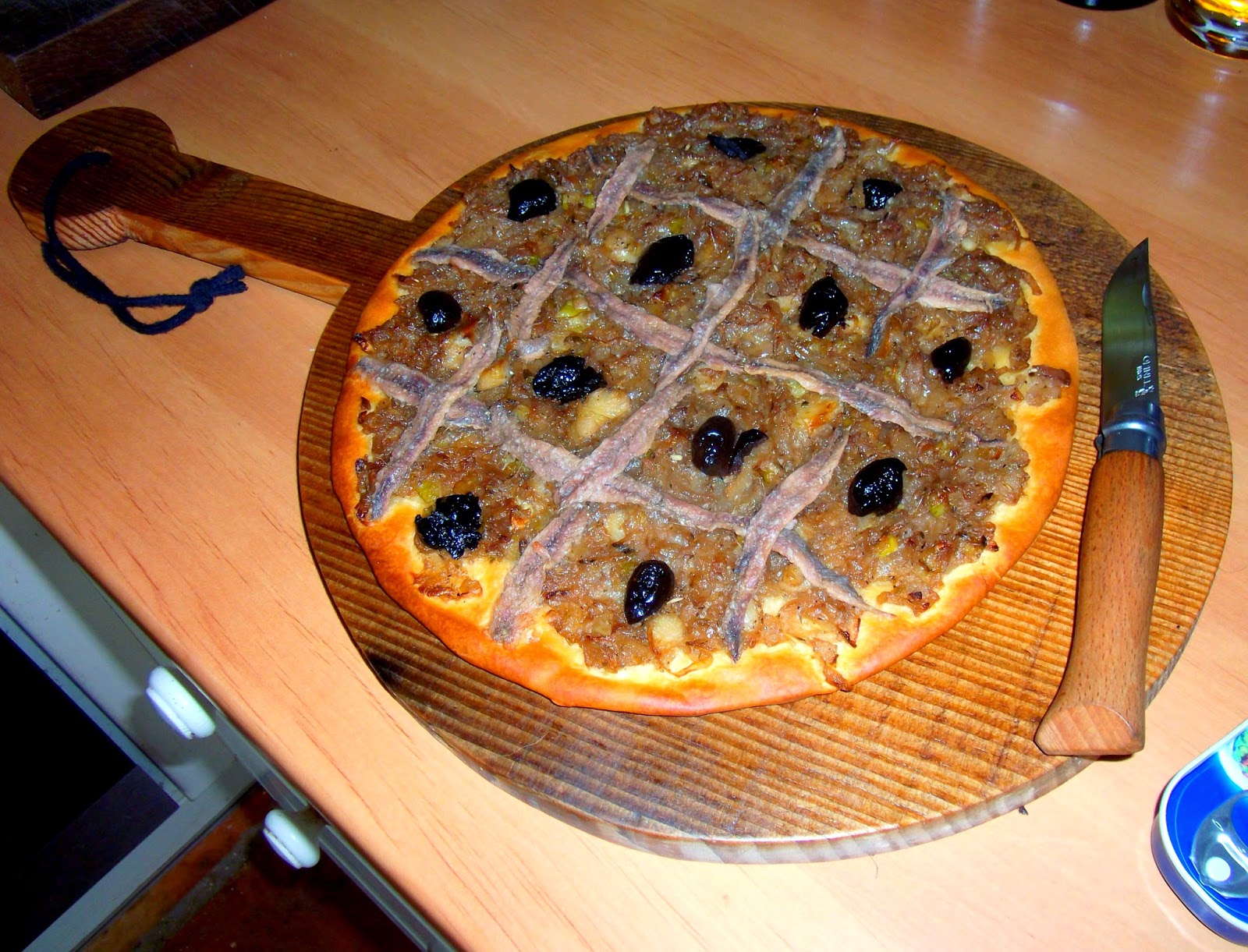 France's border with Northern Italy means that certain national dishes resemble each other; a classic example being that of Pizza and Pissaladière.

In Italy's Liguria district, it is known as Pissaladina and includes Mozzarella cheese (rather like a Pizza), whereas here in France it contains just caramelised onions, anchovies, and black olives.

Pissaladière is a simple cheap peasant dish, best cooked in a pukka wood fired bread oven; which I don't possess. Mine (above) was cooked with the assistance of Monsieur Brandt.

Ideally I should have been sitting on the shaded terrace of a ramshackle bistro overlooking the clear waters of some secret Mediterranean calanque, sipping a glass of chilled Gewurztraminer. But, in fact, it was consumed chez moi with a splendid glass of rustic rouge..... Just as good really.

Pissaladière ingredients were: Bought pizza base, 6 medium sized onions, small tin of anchovies, and 6 'halved' black olives. Caramelising the sliced onions takes about 20 mins, but the rest is child's-play. I baked it for about 25 mins. It made enough for 2; I had half last night, and shall have the rest today.

p.s. My much admired (by me) pizza/pissaladière serving board has probably been used less than a dozen times, and last night I discovered a wretched crack running through it. Looks like I'll soon have to go through the whole lengthy process of making another one. Damn it!