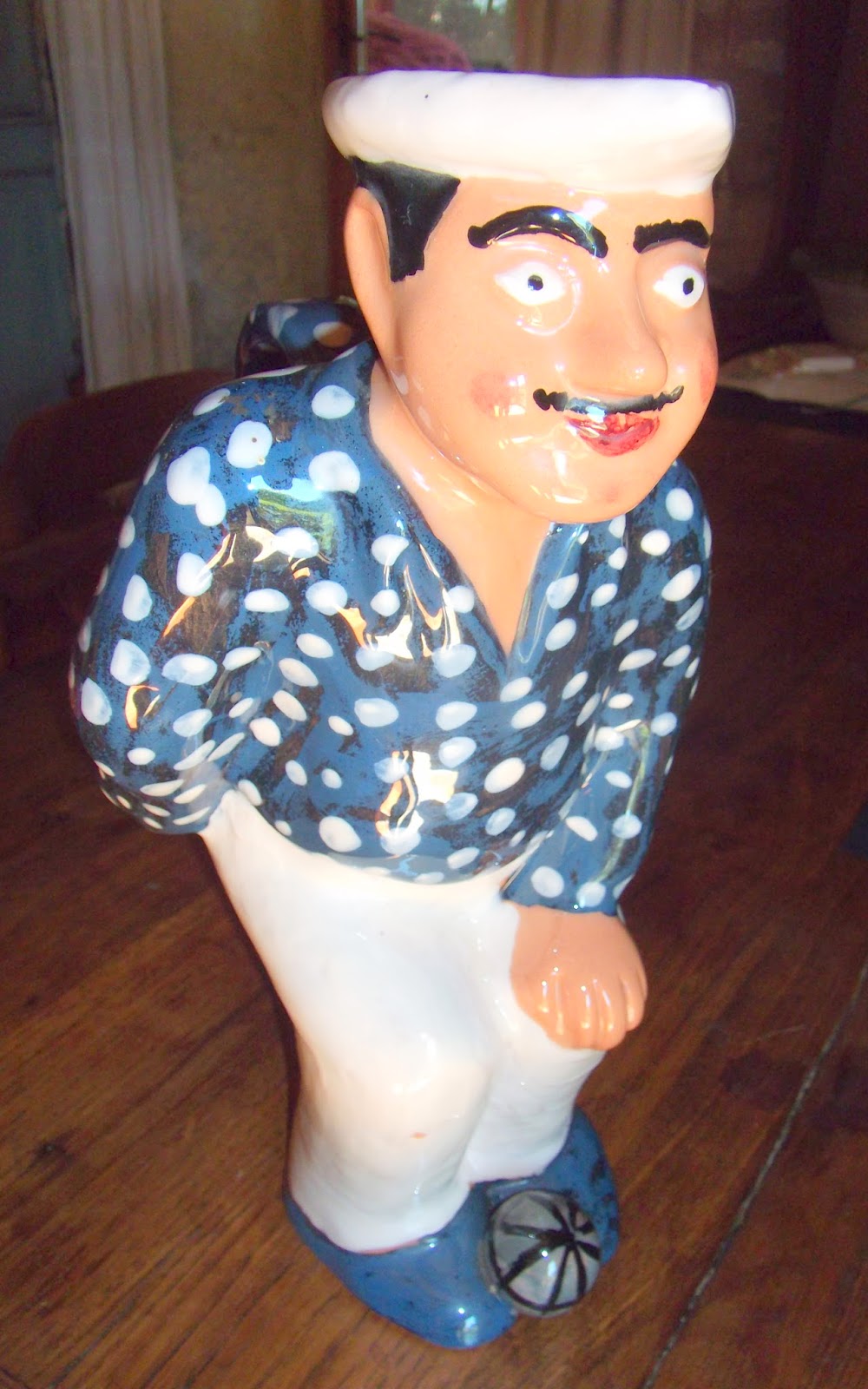 I posted similar pictures of my cheeky Boules player jug about 4 years ago, but I'm giving him a second outing.

I bought him about 25 years ago. He was sitting in the window of a small village tobacconist/newsagent, and I simply couldn't resist.

He is the epitome of a southern French Boules player; pencil moustache, white cap and trousers, and garish shirt. If he could speak, he would sound exactly like Fernandel; if he was drinking, it would have to be a Pastis.

I would love to pour wine from him, but I fear that the inside might be too tricky to clean properly.

I'll just have to admire him, and accept that he's simply a 'novelty jug'. 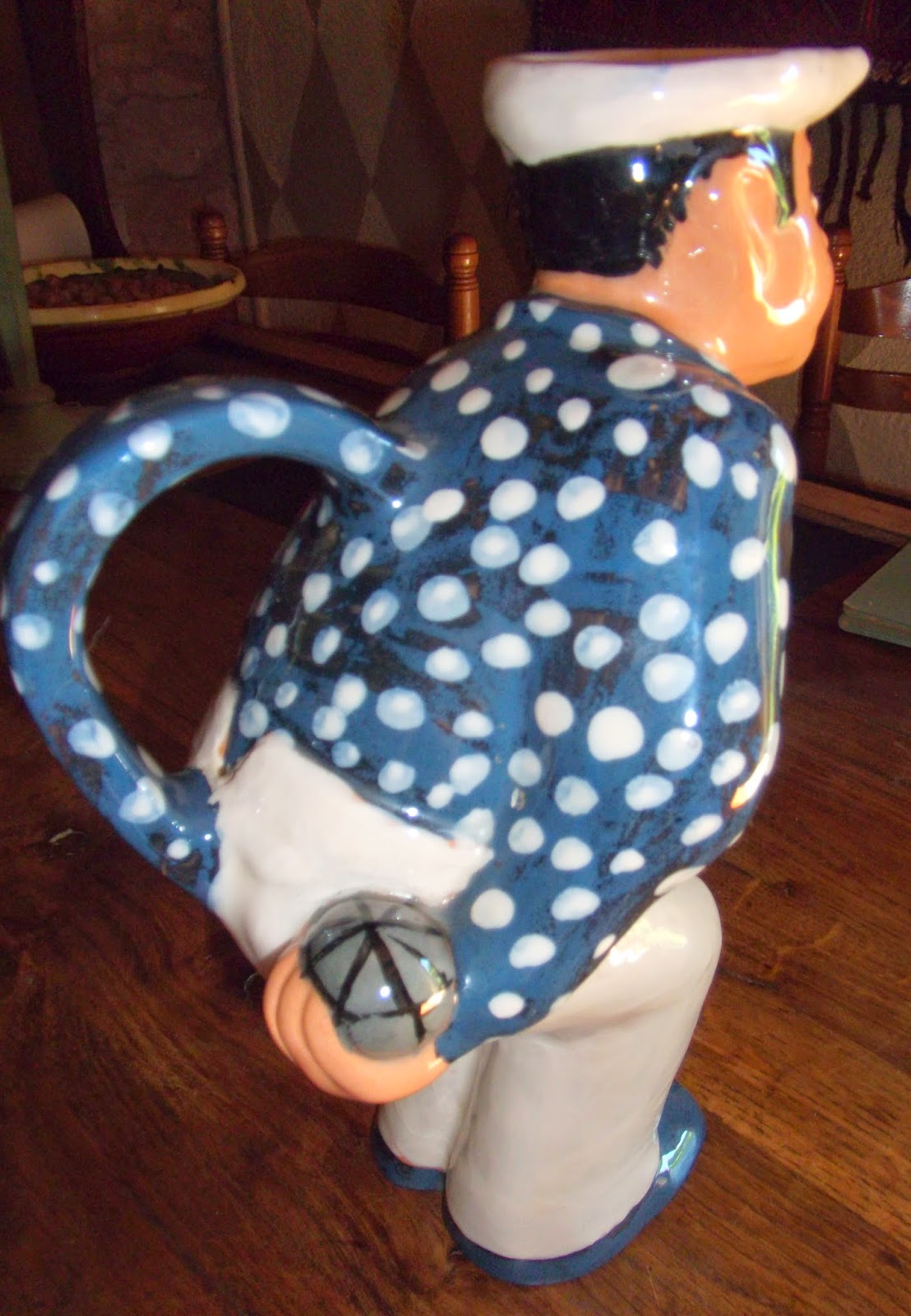