Mouse in the (Pump) House. 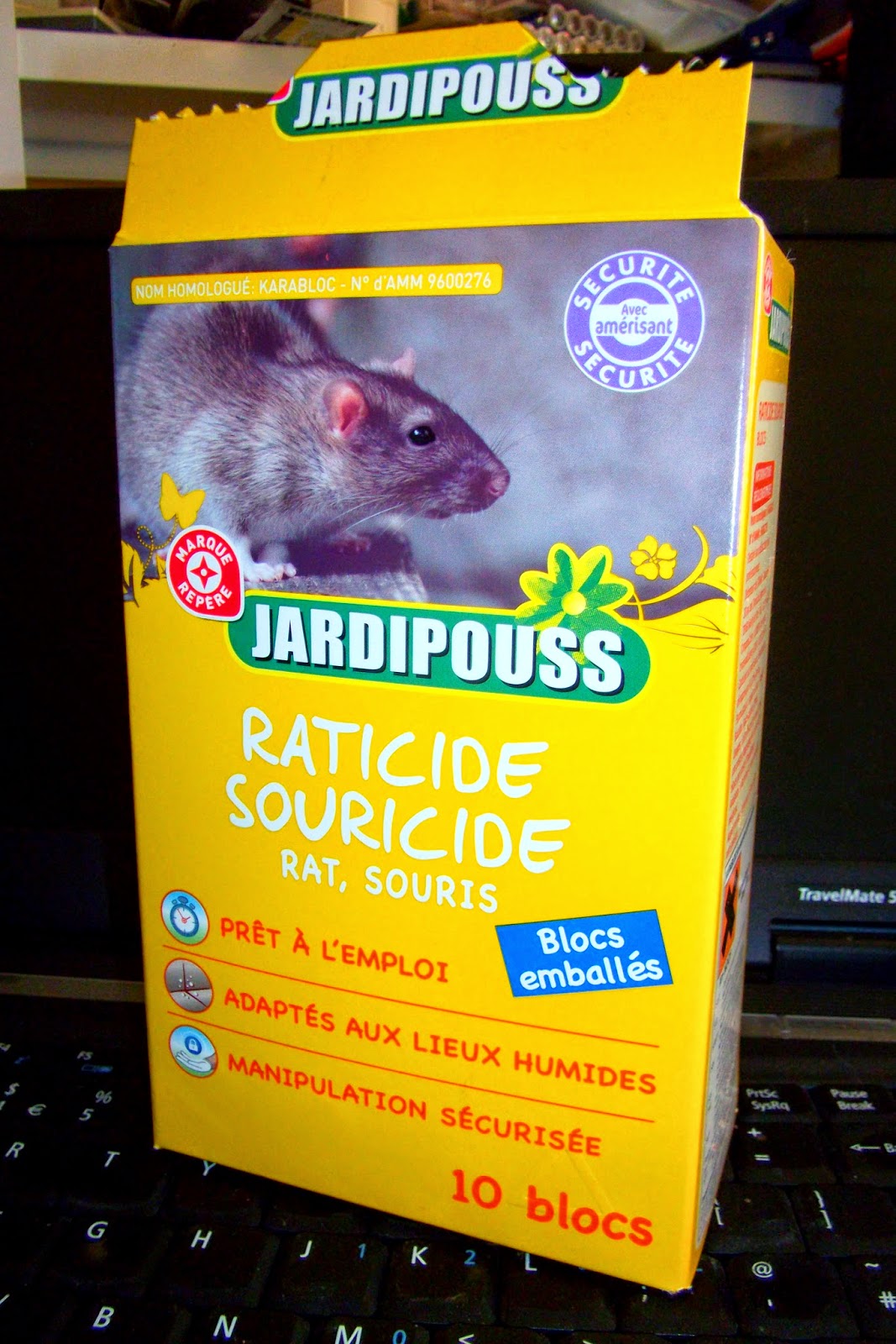 I've mentioned previously about the mice effing-up the electrical gubbins in our pool's pump house. Desperate measures were required to ensure that it didn't happen again.

This handy sachet poison looked to be the perfect solution. I put down blocks daily for several weeks. Every morning the blocks were gone. I began to suspect that there must be an army of the bloody things in there.

One day I decided to use my old-faithful mouse trap with a nice piece of Cheddar. I caught a mouse AT ONCE.

The following day I re-set the trap with more tasty cheese; but since that first victim, not a thing.

I even returned to putting down the wrapped blocks of poison, but they remained untouched.

I'm now wondering if it was just that ONE SINGLE MOUSE who had been eating all the poisoned blocks, but eventually fell victim to my mouse trap.

A lone super-mouse with a very sensitive neck, but a much less sensitive stomach!