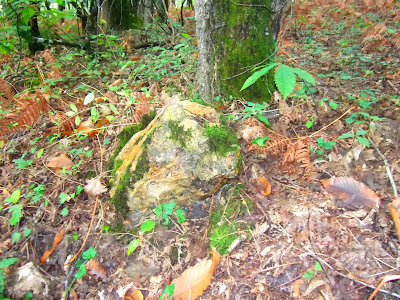 This may look like any old stone sticking up from the ground, but it is in fact a boundary stone (I'd recently seen another splendid one, but can't find it again; hence this poor replacement photo).

These stones date back to 'ancient' times, and are probably (in most cases) no longer relevant.

Known here as a borne they were placed on top of the ashes of a fire within a pit; the disturbance of which would, at any later date, hopefully show if the stone had been moved. Boundary moving was a hanging offence.

The art of land-measurement has become more precise over the centuries, and is now done by clever surveyors with laser measuring devices and satellite navigation; rather than by estimation, memory, good eyesight, and crossed fingers 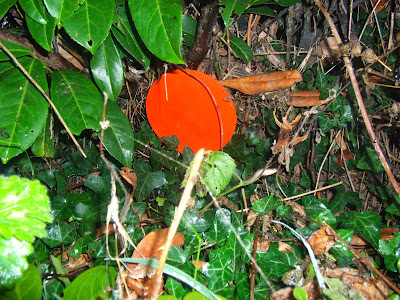 Some things do not improve however, and here is a modern example of a borne. A deep metal spike with a bright orange horrid plastic lollipop top as the visual marker.

I know which one I prefer, even if the earlier version was placed as the result of either mutual agreement, or a fight.