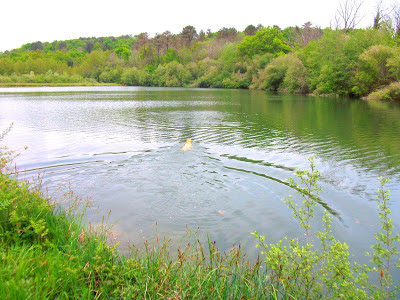 All Labs are good swimmers, and Monty is no exception. Give him a small lake, a stick to fetch, and he's a hooligan in heaven. 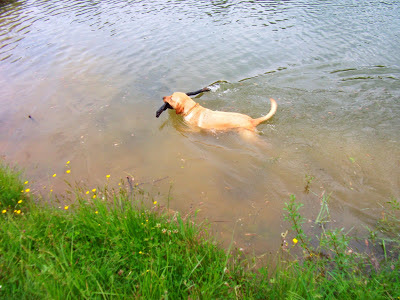 After the extensive Winter rains, the lake is once again filled; ready to be pumped up to the farmers fields. It's an artificial lake with a huge pumping system. The local farmers joined forces with the commune to build it, and they now each pay a tiny sum into the village coffers for its use in times of drought. 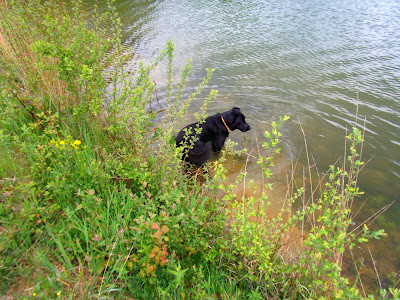 Bok's a bit wary of water. Last year he almost started to swim, but this year he's back to just running about in the shallows again. I don't think he'll ever be a champion swimmer like his big brother.