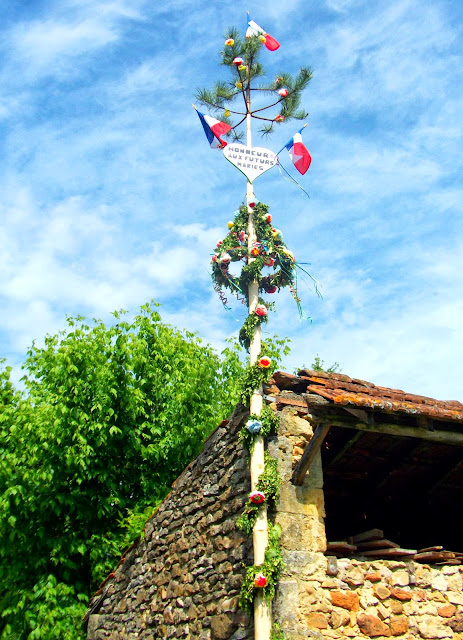 In France no young girls are involved, they are simply erected to celebrate an event; usually the election of a Mayor or Councillor.

The one above appeared at a nearby house recently, and I was rather surprised to see that it celebrated the forthcoming marriage (or engagement) of the recently installed youngish couple. It states 'Honneur aux futurs mariés' (honour to the future married couple).

It is, without doubt, the very best May pole I've ever seen; I congratulate whoever was responsible for its decoration. Traditionally it should stay in situ until it falls apart.

I do hope you can enlarge the picture enough to see the details.

This, above, is much more representative of a local May pole; in this case honouring an old friend (now deceased) when he was elected to our tiny village council. I managed to save the important bit when it eventually fell down. It was me who added his name; Hervé.