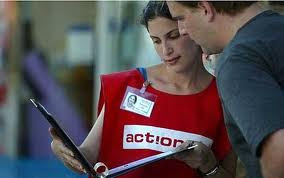 I used to donate to certain charities; but no more.

One charity that I sponsored for many years was Amnesty (International). Founded in London in 1961, it campaigned against the taking, and torturing, of Political Prisoners, worthy ideals that I wholeheartedly supported.

I gave them a reasonable £100 a year, and was more than happy to do so; until they did something so completely-stupidly out of character, that I wrote to the director saying that my 'giving' days were over.

I don't remember the exact details, but Amnesty sent 5 UK representatives to the US to demonstrate outside a prison where a man was about to be executed. The man concerned was the worst type of inhumane scum imaginable; he had been found guilty of raping, torturing, and dismembering (alive) about 13 women (the police suspected he had killed many many more). If anyone merited the death sentence, it was this monster; and regardless of the Amnesty posse, he was put to death!

However, Amnesty saw fit to send these 5 employees to protest. It cost 5 airline tickets, 5 restaurant bills, 5 hotel bills, car hire, shopping trips, and goodness knows what else. At the time, I estimated the cost of their trip at a minimum of £10,000; a 'jolly' that my own small donation would have taken 100 years to pay-off. And, as far as I was concerned, it was totally unjustified.

But all this fades into oblivion compared with Irene Khan's (the recent director) salary and severance payment. When she resigned as director of Amnesty at the end of 2009, she was paid £553,103 on top of her annual salary of £134,490. It would have taken SIX THOUSAND, EIGHT HUNDRED, AND EIGHTY donors such as myself, to have paid for her final year's employment and severance. That's a helluva lot of donations; and she's only ONE out of hundreds of employees.

If you give to a charity, do you really know where your money is going? Of course there are good ones, but most are there to raise money for their employees' salaries; it's that classic vicious circle. The percentage of money that goes to their 'good deeds', is usually minuscule.

N.B. This post has been prompted by a TV ad' I saw last night. A woman who gives £3 monthly to 'help starving African children', was sent off to Africa to see how her cash was being used.... It was being used to buy her air fare, hotel room, taxis, the film crew, etc; but they didn't mention that.