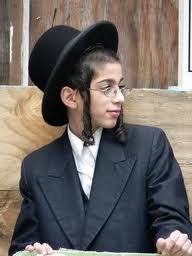 There is something very stylish about Hasidic Jews. Those long ringlets, huge furry hats, and long black silk coats; they could almost have come directly from a Karl Lagerfeld boutique. 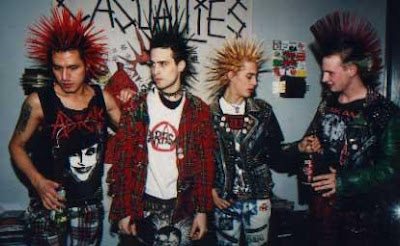 These Punks, however, were dressed by my all-time-favourite dress designers Vivienne Westwood, and Malcolm McLaren. Their shop 'SEX' at 430 Kings Road was a temple to Punk, where anarchy ruled (not that they knew what that meant) and NON-nonconformity was a capital offence. 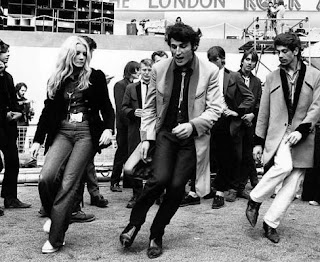 Teds were always a favourite. When I was about 10 our gardener's son, Robin, went off to do his National Service. He left the village as just an ordinary young man, and returned a year or so later as a full-blown Teddy Boy with a motor bike. Drape jacket, string tie, drainpipes, crepe soled shoes, and a huge quiff; the young Cro was mightily impressed. 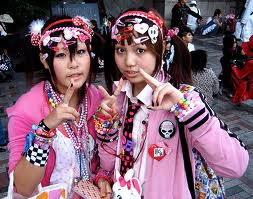 Aren't Japan's Harajuku girls wonderful. Nothing is too bright, too outrageous, or too sickly sweet. They tend to parade in pairs and dress rather like a mix-n-match hotch-potch explosion in a charity shop. Nice one girls! 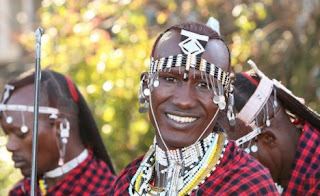 But, of course, all the above have been just 'fashions', unlike these Masai warriors who've been dressing like this for generations. Very cool guys!
Posted by Cro Magnon at 05:55