Melrose (the apple), and others. 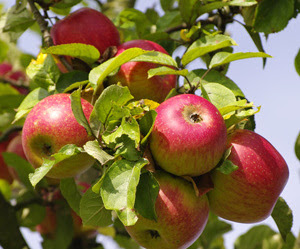 I can't show you a photo of my magnificent Melrose crop from Mischa's tree, because there was only one tiny apple; I've had to borrow a picture from Mr Google instead.

However, I did get to taste it, and it was probably the best of all our different 'eating' varieties.

It was crisp, tasty, and with very slightly creamy/yellowish flesh. 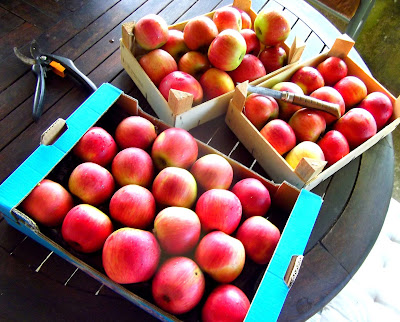 My Reine de Reinette apple (above; which has the reputation of being France's best) have performed well, and I just hope they keep better than in previous years. My Jonagolds are HUGE again, and will be harvested later. We also have plenty of Bramleys; of course.

This winter I am determined to find (and plant) a Cox's Orange Pippin; which is probably the world's best apple. I did have one here years ago, but it succumbed to Honey Fungus; and died.

I shall also try to find a Victoria Plum tree. I had one back in England, and it was magnificent. There is nothing to compare over here.