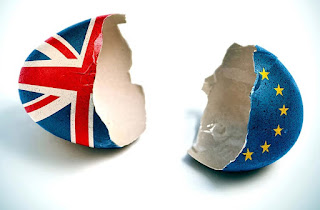 Certain of the UK's current problems can undoubtedly be attributed to Brexit (mostly as a result of revenge from the EU), but not as many as certain hard-core 'remainers' would have you believe. It was always predicted that there would be teething problems, and we are beginning to see where things could (should) be changed. I must declare my interest; I voted to remain.

Overall I think that Brexit will prove to be good for the future of the UK, but there will continue to be a settling-down period for some time.

I would like to suggest to Boris & Co that they look long and hard at where improvements to his leaving 'deal' could be made; not only to make post-Brexit life easier for the UK, but also for the EU who have much more to lose.

The Single Market is not dissimilar to The Common Market that the UK joined back in 1973. It guarantees free movement of goods, services, capital, and people. It enabled all citizens to study, live, shop, work, and even retire, in any member country. Nothing nasty about that.

Freedom of Movement within member countries was known as 'The Schengen Agreement', which also included non-member countries such as Norway, Iceland, Switzerland, and Liechtenstein.  Most of this is already covered by The Single Market.

Re-applying to join The Single Market, and to renew European Freedom of movement, would not be seen as backing down, just relaxing rules that are creating difficulties on both sides of the Channel.

I would like to see Boris opening-up negotiations as soon as possible when the Covid crisis calms. It would be good for everyone, and would not affect the UK's (so-called) 'regained sovereignty'.