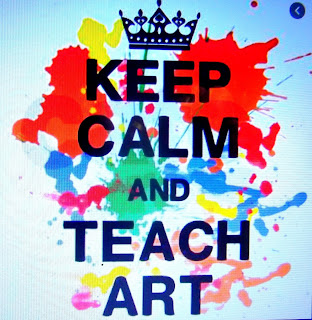 I know there are several ex-teachers who read this page, and I salute them. Teaching isn't easy, and most teachers show extreme dedication to their profession.

I would never call myself a 'teacher', but I have taught in two schools and acted as visiting lecturer on a few other occasions.

My first teaching position, in a girl's private school, was a total waste of time. They wasted my time, I wasted the pupils time, and the whole department could have closed down and no-one would have noticed.

The fault lay with the head of department. A woman of retirement age, who considered cleanliness and tidiness to be far more important than quality of work. My hands were tied, and I became no more than a 'child-minder'. At the end of the year, the headmistress asked (almost begged) me to stay on, which I was prepared to do as long as the incumbent head of dep't retired, and I could totally transform it into something of which the school could be proud. The elderly spinster refused to quit; so I left.

The school was very well known, and many of the girls came from famous backgrounds; one was the daughter of the then Irish Prime Minister. It was St Trinians without the bad behaviour. Lacrosse, Hockey, and Greek dancing seemed to be the school's obsessions. There was even an outdoor amphitheater where the girls would prance about in 'ancient Greek pleated dresses' (imitating illustrations on an Etruscan vase) for the benefit of bored parents. It was all so old-fashioned, it was laughable.

My next position was a totally different affair. A co-ed Prep' school that after 'Dragon' was reputed to be the best in Britain. The whole atmosphere was one of relaxed gentility. The children were all charming, my fellow teachers all dedicated, and the all-round quality of education and extra-mural activities was without flaws. I loved being there, but my position was only for one year, to replace the regular teacher who'd taken a year off to attain the same qualifications that I already held.

During the Easter holidays I drove down through France, and bought a big old farm. My teaching career thus came to an end.