A Move to the Country. 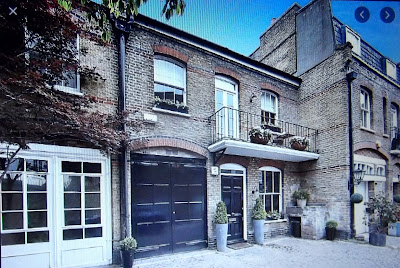 British online Estate Agents 'Purplebricks', along with 'Rightmove', have announced a definite trend to move from inner cities out into the countryside. They claim a 125% increase in moves.

They claim that COVID is mostly responsible for the transition, but I suspect there is more to it that just a fear of illness.

So many UK cities and towns are far too overcrowded. I haven't visited the UK myself for quite some while, but the first thing I always noticed after leaving the ferry at either Dover or Newhaven was the amount of traffic on the roads. One of the things I enjoy about living where I do, is that we have very little traffic. I can drive the 20 Kms to my preferred supermarket and encounter just one or two cars en route.

My oldest son, Kimbo, has recently moved from chic and expensive Kensington, to a very attractive village north-east of London. Now with a small garden, his quality of life instantly became better, and he is still only 30 miles from Trafalgar Square. His village contains beautiful old Pubs, good quality traditional shops, and a number of excellent restaurants of various ethnicities. He also already knows a number of his new neighbours. In other words his quality of life has improved many fold.

I have said many times that London still has a pull for me, but to live there I'd have to insist on certain things. First is that small Mews House in S Kensington (something similar to my illustration), with its own parking space or garage. Also I would definitely need a small country cottage in Sussex, where I could escape when London life became too overpowering. My only problem is that I don't have the few million smackers to buy into this type of lifestyle.

If anyone knows Mr Bezos, maybe you could mention my name.