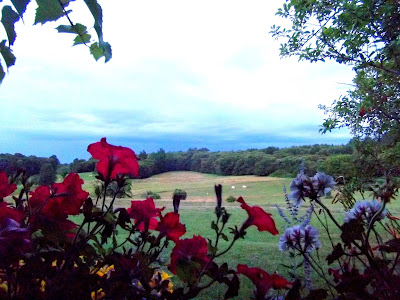 This photo was taken at 6.15 am on Tuesday morning, and I became quite excited.

For a while it looked promising. The sky became dark, there were one or two flashes of lightning, and the occasional sound of very distant thunder. 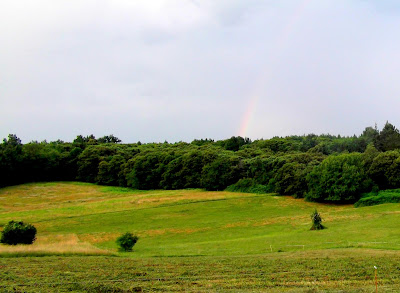 There was even the hint of a rainbow. Then at 8 am it began; just a few drops, then a few more. I became even more excited.

At 8.15 am there was proper thunder, and it looked as if we might, at last, have some serious rain. Then by 8.30 am it stopped, and we were left with just wet outdoor seats and not much else. The sky cleared, the sunshine reappeared, and it was business as usual.

At about 8 pm (mid-supper) it rained again for about 10 mins; luckily after the BBQ was finished with..

They'd promised it would rain all day, but of course it didn't. Haddock's was bone dry again the following morning.

No rain on the horizon now for WEEKS!