The wisdom of Macron. 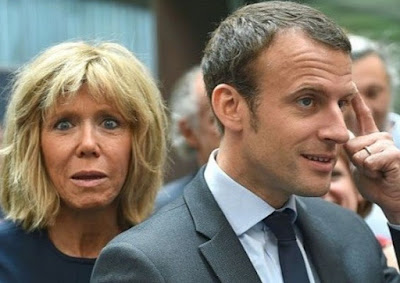 France's delightful President Macron recently stated that if the UK leaves the EU with 'no deal', he will block the port of Calais, in order to force the UK into paying a £39 billion divorce settlement.

What a complete and utter fool. I do hope he has discussed this with all French exporters of cars, champagne, wine, and cheese, etc, because they may not be happy; nor would their employees who would find themselves out of work. French exports to the UK are worth around €32 billion annually.

I also hope he's discussed his plan with all members of the French hospitality business. UK tourism to France is huge, and to send all those holidaymakers elsewhere would spell disaster for a great number of people; and the national purse. British tourists to France make up the biggest sector, representing around 20% of their total annual visitors.

There's a wise old saying "Make sure your brain is engaged, before putting your mouth in gear". There are a lot of politicians around the world at present, who should heed that advice.

I think Macron must have attended the same School of Economics as little Jeremy Corbyn.