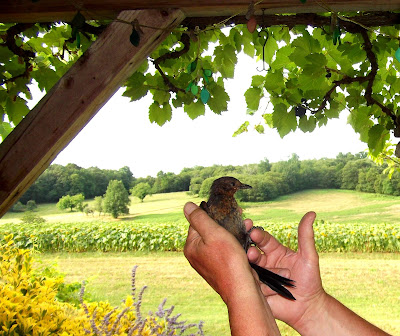 Yesterday morning was filled with wildlife moments. Early on I was pestered by a Squirrel who seemed to want to come indoors to use the laptop. He was knocking on the big studio window right by my left hand side; I should have taken his photo.

Then later this baby female Blackbird appeared. I was leaning over by our outdoor tap, and she flew onto my back. She stayed there for quite a while until I simply had to stand up.

Later I fed her with some Brioche soaked in milk. 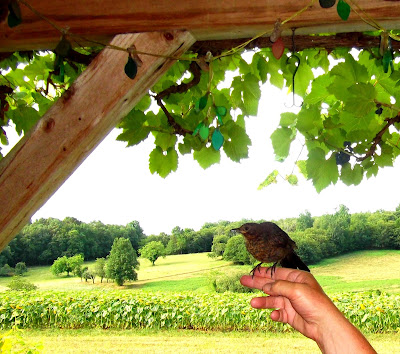 I think she's adopted me as her Dad. Later in the day, she joined us for supper. 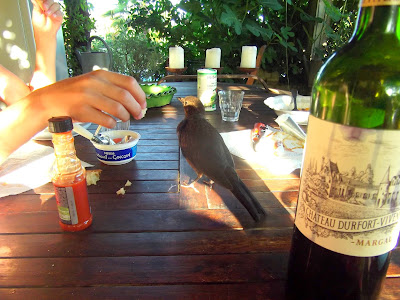 I think I may have started something!