Room for one more on top! 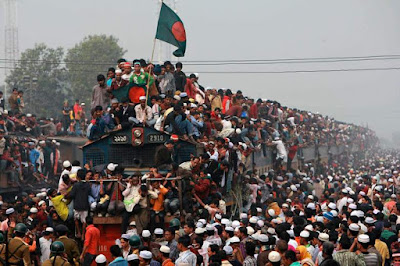 When I first worked in The City, I commuted from the South Coast for several months, before I moved up to town, and found my very first flat in Bayswater.

The daily trip from Worthing up to London Bridge was tedious. As a group of us were always the first on an empty train, we had regular seats and played cards for an hour. It was similar on the way home; but even so....

Others were not so lucky. Anyone who got on after Three Bridges rarely had a seat. By East Croydon the train was packed, they were even sitting on every free bit of floor space.

In each direction we played for small amounts of money. We played Solo Whist on the way up, and did the Evening Standard crossword on the way home. I lost money on a daily basis playing Solo, but recouped a bit by being the first to finish the crossword later in the day.

It may be cheaper living out of town, but the toll of commuting is dire.

I used to feel so sorry for those who never had a seat (even though they'd paid for one), but never enough to offer them mine.